Do Dolphins Communicate with each Other?

Dolphins have long been known to be intelligent creatures that use a unique way of communicating with each other. Findings of a new research, however, suggest that these marine mammals are actually able to have conversations with one another in a manner comparable to human communication. 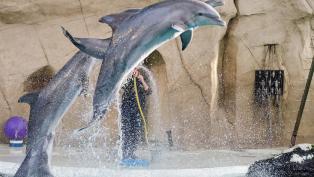 The clicks and whistles that dolphins use appear to be complex chains of words and sentences of a language that allow them to convey messages to one another, findings of a new study published in the St. Petersburg Polytechnical University Journal: Physics and Mathematics suggest.

Dolphins Talking to Each Other

After recording two Black Sea bottle-nose dolphins talking to each other, researchers from the Karadag Scientific Station realized that the animals were pausing and listening as the other spoke and then respond. 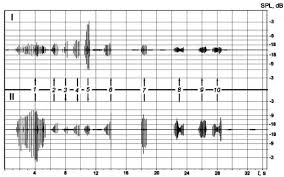 The dolphins named Yasha and Yana took turns producing what can be deemed as words and phrases and did not interrupt each other. Based on this observation, researchers found a reason to believe that each of the two animals listened to the pulses of each other before producing their own.

Dolphins Have Their Own Language

The behavior exhibits a pattern of communication not so different from the advanced way that humans speak to each other. It also indicates that dolphins have their own language that they use to identify themselves, maintain relations with other individuals in their species and coordinate actions.

“We carried out a reliable measurement of the mutually noncoherent pulses and their subsequent analysis as the most probable acoustic signals of the hypothetic spoken language of dolphins,” the report read.

“The results obtained in this study suggest the existence of a similar highly developed spoken language in toothed whales (Odontoceti), based on the similarity of their acoustic signals and morphology.”

What makes the exchange of information among dolphins fundamentally different from human conversation, according to study researcher Vyacheslav Ryabov, lies on the characteristic of the acoustic signals of the spoken language. This is very exciting research coming out of Crimea’s Karadag Scientific Station.

Breaking the Barrier Between Humans and Animals

Further research may still be needed but the discovery of the spoken language of dolphins may possibly pave way for a means that will allow humans to speak with another species. This has the potential of breaking barriers between humans and animals.

A 2014 study also revealed that dolphins and whales make squeaky sound when they are delighted about something. Researchers found that the squeal is different from the buzz that these marine animals make to call on prey because this is only heard when whales and dolphins are rewarded with food.

10 thoughts on “Dolphin Research Coming out of Crimea”