Why thoughts of an Expat?

Up until now I’ve been quite reserved in speaking about where I live. I think this has been due to the fact that I felt it’s important to truly understand this new culture I live in before I started to speak about it. That time has come. I live here and because of this fact that I have come to appreciate many of the differences. I know that I will lean to this side when I’m sharing my thoughts. They are my own, good, bad, or indifferent.  I don’t like mincing words or pontificating, what I do like to do is give those who read my thoughts the ability to see things in a different way. From my point of view. We all see the apple (in this case banana) just from a different vantage point. Same apple different view. I believe it helps us see the whole picture. Thanks for allowing me to capture your attention however fleeting it may be. The following thought happens to be my favorite. Hope you enjoy!

Thoughts of an Expat in Russia

I don’t know that I ever thought I’d make my permanent home Russia, but now that I’ve been here for almost two years I couldn’t imagine living anywhere else. Trust me it’s not because I don’t see the problems here, that would be foolish. Despite the cold, the hardships, and other related things Russia is the warmest place I’ve ever lived. 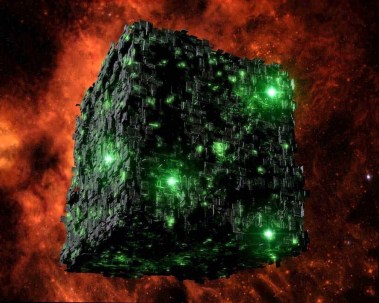 See for all the crap Russians have had thrust upon them, the October revolution, being under a suppressive Soviet Dictatorship, and finally suffering through perestroika isn’t who they are but what they suffered. They are actually very recondite people, regardless of what they’ve been through. They came out the other side and despite these inflictions are a very humble lot of individuals. But I must be careful in my use of words, for they don’t look highly upon individualism like the west.  If you are looking for a bit of understanding about Perestroika, read this Russiapedia article.

I have found that as I have slowly integrated into life here, they don’t look at me as an individual part, examining me to see if I’m damaged goods. They have just simply accepted me into this collective consciousness as an equal, important just because I am. It took a while to understand this (it meant I had to get over myself). Coming from America being involved in this (and accepting it) would be like becoming part of the “Borg”, or maybe joining a cult. Curiously, westerners with all their “individualism” will never truly appreciate the value of being part of something bigger then themselves.

One interesting thought which I would like to elaborate on here. Growing up in America we were taught to be very competitive, being first, being number one is the most important thing in life. This “spirit” feeds upon human nature saying, “I’m important”, look at me. I believe in reality of things it’s nothing more than an act, self consuming and counterproductive. It wasn’t until I had spent some time watching their interactions during games and the way people daily conduct themselves that I understood something very profound. What I learned destroyed my long-held “American” paradigm. In Russia it’s important to be part of a team, that everyone is a winner simply because they played. It was so refreshing (I don’t have to be number “one” to be accepted), the pressure comes off, it puts everyone at ease (life is good). The act of “competition” is the accomplishment not the reward.

Green Bananas, but no GMO’s

So, yes bananas taste the same here as they do everywhere else. If you go the market here you’ll find similar products that are found in the states. The number of dairy products is astounding, you’ll find Russian pies, Tatar triangles, and the list goes on and on.  Unlike in America you won’t find an entire aisle dedicated to chips and soda products, but you will find things like Kvas and confetti (Russian candies) lining the shelves. One difference is the amount of alcohol found in the stores, Russians love their vodka. So where’s the major difference? One is they won’t buy GMO foods nor are these products allowed in the country. Why? Putin along with the Duma realized these GMO poisons weren’t in the best interest of the Russian people so they’re banned (or at least in the process of). Guess he ain’t all bad. I must admit after living here all this time I’ve lost probably close to 30 pounds. Could this have something to do with it? Or the fact we don’t eat out much? Who knows, it could also be that Fast Food restaurants are few and far between. 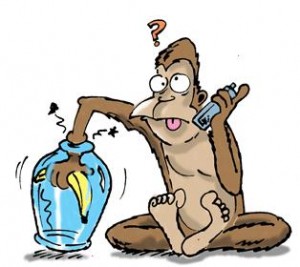 “Democracy is the art of running the circus from the monkey cage.” – H.L. Mencken

Have you ever heard the story about the monkey that won’t let go of the banana? The same goes for politicians – The banana (Ukraine) plus meddling monkey (US Government) = trouble not just for Russia but the US Government as well. On one hand Russia really doesn’t care about the banana, they know which tree it’s attached to, the US Government  on the other hand (please noticed I haven’t mentioned the biggest monkey) hasn’t figured out they have to let go first to get what they want. Once this happens Ukraine is safe. It’s hard to peel a banana without hands. Anyway why would Ukraine trade one tyrant for another…..this is just to hard to understand. So why does it matter to me? Now that I’ve stepped out of one cage and looked at the bigger picture I understood which one I belonged in.  One cage is getting ready to be locked while the other understands that locking the door isn’t the answer. Only monkeys of like mind will understand this one. 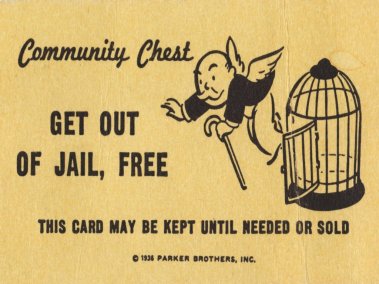 I could say that they are all good reasons why I won’t live in America. Is being #1 all that important? Probably not! Or that not poisoning my body is a good thing? It could be! Staying away from meddling monkeys……….hey, the cage door was open, wouldn’t you? But then again not being strapped with a car payment, insurance, the cost of fuel could be a good reason (I keep more of my hard-earned dollars in my pocket). Even in Russia the public transportation is better. Or I just might dislike reading the comments of unintelligent bloggers who know how to use expletives, but leave themselves a back door if things get tough. In the real world there isn’t an escape hatch. An American passport isn’t a “get out of jail free card” it’s an extended badge of Ambassadorship. We must be worthy to carry it. The world looks at our example. For myself I choose the later in hopes that I can make a difference not be a part of the problem.

More thoughts from an Expat in Russia:

3 thoughts on “Reflections – Thoughts of an Expat”