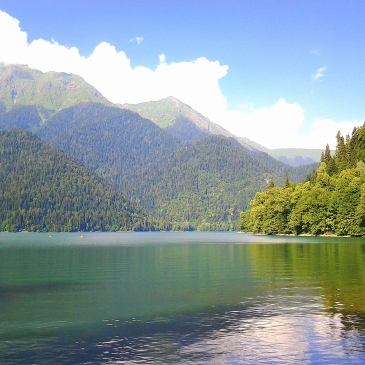 An Abkhazian Legend The old people told a story which they heard from their grandparents. There was a valley where there is the lake Ritsa now. The people who lived in the valley were rich but very greedy. There lived a widow not far from them. The widow had many children. They were very poor. … END_OF_DOCUMENT_TOKEN_TO_BE_REPLACED

Finding Vitali – A Friendship Begins We were waiting in the city center of Pitsunda looking for a way to get back to our little village, up until this point we had tried to find an inexpensive taxi willing to take us, we had no such luck. Then we found Vitali, he agreed to take … END_OF_DOCUMENT_TOKEN_TO_BE_REPLACED

A Fascinating Journey to Abkhazia I’ve discovered on this fascinating journey to Abkhazia a land rich in beauty, I felt the heart of the people and warmth of the Abkhaz sun. Yet in everything that I’ve shared none of it can compare with the experience, the things that touch the heart, mind, and soul that … END_OF_DOCUMENT_TOKEN_TO_BE_REPLACED

Gegskij Waterfalls / Gega Waterfalls At the confluence of  two mountain rivers the Gega and Yupshara there is an incredible phenomenon of Abkhazian nature – the Gegskij/Gega waterfall. It was formed by the river flowing from an underground karst cave through an imperceptible crevice in the rock. It seems that the river is being ejected from … END_OF_DOCUMENT_TOKEN_TO_BE_REPLACED

The Amazing Allure of Ritsa Lake There is a legend about Ritsa Lake, it’s a beautiful story about Ritsa and her brothers. See more here. The story is gripping and so are the mountains and lake. My first sight of the high mountains enthralled me, I had a vision of the Alps in my mind, … END_OF_DOCUMENT_TOKEN_TO_BE_REPLACED 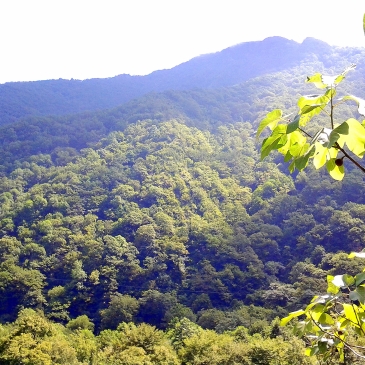 The Mystically Wonderful World of Abkhazia I think I had a few expectations when planning this trip to Abkhazia. I’d seen many photographs and read about the history and justifiably it wouldn’t do any good to try to sound grandiloquent describing this wonderful little country since words just won’t do it justice. But I’m getting … END_OF_DOCUMENT_TOKEN_TO_BE_REPLACED

These otherworldly images give a rare glimpse inside caves so remote few humans have ever stepped foot inside. With its peculiar pools of water, and strange coloured sediments, the bizarre-looking tunnels of the Shakuranskaya cave could be straight out of a science fiction film. Found in the disputed region of Abkhazia, around 75 miles outside … END_OF_DOCUMENT_TOKEN_TO_BE_REPLACED

In November, Ivanov returned to Guinea, captured his chimps and with considerable difficulty eventually inseminated three of them. By now, he had a second experiment in mind: to inseminate women with chimp sperm. Knowing that no local woman would agree, he planned to do this under the pretext of a medical examination, but the French … END_OF_DOCUMENT_TOKEN_TO_BE_REPLACED

“Bridging” Life in Yemen Shahara famous for the Bridge of Sighs which is even featured on the country’s 10 Rial coin. This engineering marvel spans a sheer 300 foot deep canyon. Built in the early 17th Century, this famous bridge has stood the test of time. From both sides of the bridge the mountains parted … END_OF_DOCUMENT_TOKEN_TO_BE_REPLACED

This once beautiful “Russian Riviera” is located between lush forested mountains and the Black Sea, the wonderful views from this mostly abandoned city are incredibly gorgeous, it’s hard to imagine why this happened in one of Russia’s few cities that is located in a sub-tropical climate. Gagra was once a very popular destination point among … END_OF_DOCUMENT_TOKEN_TO_BE_REPLACED

K' CLIPs
For The God of Super Freaks