In the days of the Soviet Union, Christmas was suppressed and not celebrated very much if at all. To most Russians now New Year day has become the most important event of the year. It’s a time when you will find entire neighborhoods up until the wee hours of the morning shooting off fireworks. Gathering together outside their apartments in the cold sharing BBQ cooked over a fire. But the true Russia Christmas is observed  on the January 7th for the general public. This date was chosen by the Russian Orthodox church which uses the old ‘Julian’ calendar to establish when this religious holiday occurs. Those who are practicing Roman Catholics and Protestants will celebrate this holiday with America and other countries on the 25th of December. 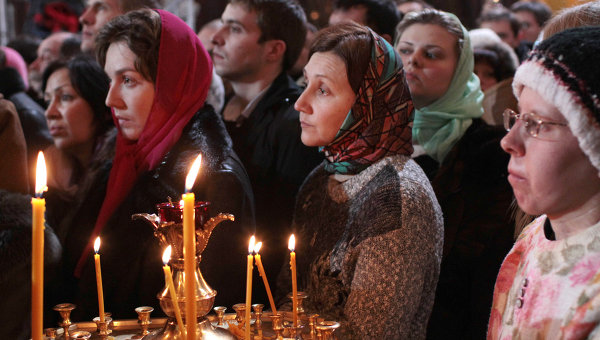 The other event that occurs before Christmas is the act of fasting. Some will fast from meat others sweets or it might be anything that the individual chooses for an entire month. It might also be that people will fast only on Christmas Eve, until the first star has appears in the sky. People then eat ‘sochivo’ or ‘kutia’ a porridge made from wheat or rice served with honey, poppy seeds, fruit (especially berries and dried fruit like raisins), chopped walnuts or sometimes even fruit jellies!

Kutia is sometimes eaten from one common bowl, this symbolizes unity. In the past, some families like to throw a spoonful of sochivo up on the ceiling. If it stuck to the ceiling, some people thought it meant they would have good luck and would have a good harvest!

The Russian word for Christmas Eve ‘sochelnik’, comes from the word ‘sochivo’. 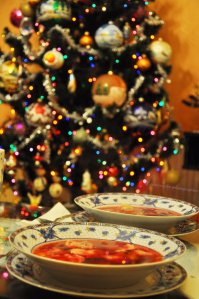 Some Orthodox Christian Russian also don’t eat any meat or fish during the Christmas Eve meal/feast.

Other popular Christmas Eve foods include beetroot soup (borsch) or vegan potluck (solyanka) served with individual vegetable pies (often made with cabbage, potato, or mushroom); salads often made from vegetables like gherkins, mushrooms or tomatoes, and also potato or other root vegetable salads.

Sauerkraut is main dish in the Christmas Eve meal. It can be served with cranberries, cumin, shredded carrot and onion rings. It might be followed by more pies or porridge dishes such as buckwheat with fried onions and fried mushrooms.

Dessert is often things like fruit pies, gingerbread and honeybread cookies and fresh and dried fruit and more nuts.

‘Vzvar’ (meaning ‘boil-up’) is often the end of the meal. It’s a sweet drink made from dried fruit and honey boiled in water. Vzvar is traditionally at the birth of a child, so at Christmas it symbolizes the birth of the baby Jesus.

Following the meal, prayers might be said and people then go to the midnight Church services. They often don’t wash the dishes until they get home from Church – sometimes not until 4.00am or 5.00am! 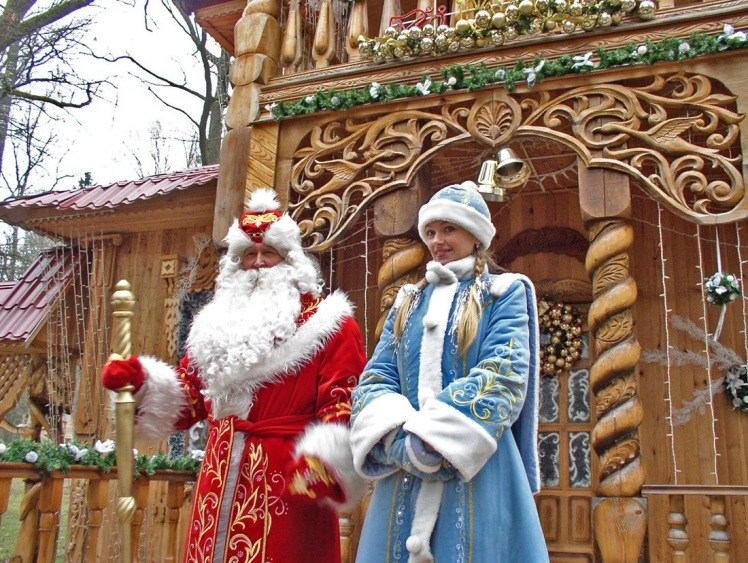 This is when – when ‘Father Frost’ (known in Russian as ‘Ded Moroz‘ or Дед Мороз) brings presents to children. He is always accompanied by his Grandaughter (Snegurochka). On New Year’s eve children hold hands, make a circle around the Christmas tree and call for Snegurochka or Ded Moroz. When they appear the star and other lights on the Christmas tree light up! Ded Moroz carries a big magic staff. The traditional greeting for Happy New Year is ‘S Novym Godom’. 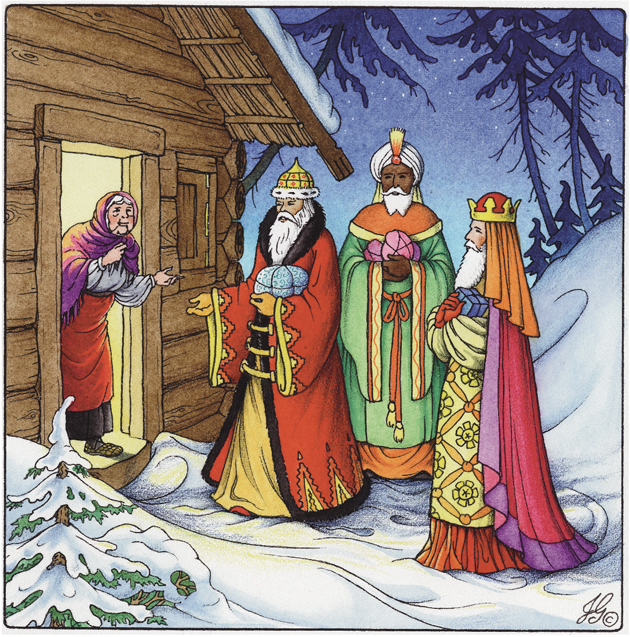 One of the most famous things about Christmas in Russia, to people in western Europe and the USA, is the story of Babushka. Babushka means Grand Mother in Russian. It tells the story of an old women who met the Wise men on their way to see Jesus.