A team of paleontologists who had been digging near Lake Baikal in Siberia since 2010 found a parrot bone among a treasure trove of fossils. Among the large bones of hippos and rhinos they found tens of thousands of bones and teeth from small animals.

When sifting through this huge collection, a fossil turned up that Nikita Zelenkov, a paleontologist at the Borissiak Pale-ontological Institute of Russian Academy of Sciences, identified it as a tiny parrot bone. Their findings are published in Biology Letters.

While parrots might normally be associated with warmer places than freezing Siberia, this region, in fact, had a much hotter climate millions of years ago, Zelenkov says. “This finds refers to a time interval which is called Miocene climatic optimum. That was a warm time globally,” he says. The range of animal remains that the team has found in that area supports the theory that Siberia had a subtropical climate in that period.

A Surprising Find in Siberia

Finding a parrot in this region of Asia came as quite a surprise. “This is absolutely new to science,” Zelenkov says. “Siberia is one of the most promising territories for pale-ornithology because we know almost nothing about its ancient bird fauna.” 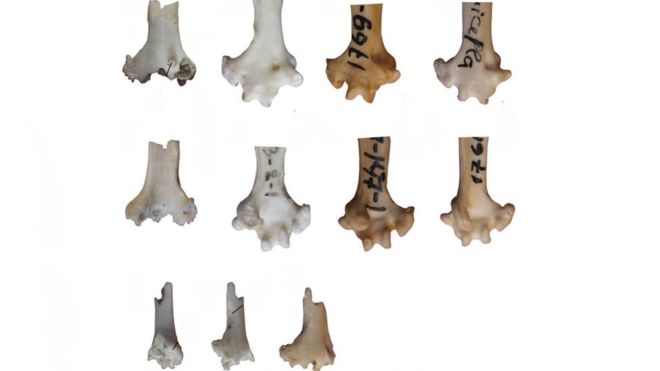 Zelenkov says that his work on this particular specimen is done, because the fragment is small and there is not much more to learn from it. “But we will continue excavating fossils in Siberia,” he says. “This work must result in something similarly interesting in future. At least I expect more (better preserved) bones to get an idea of the relationships of this Siberian parrot.