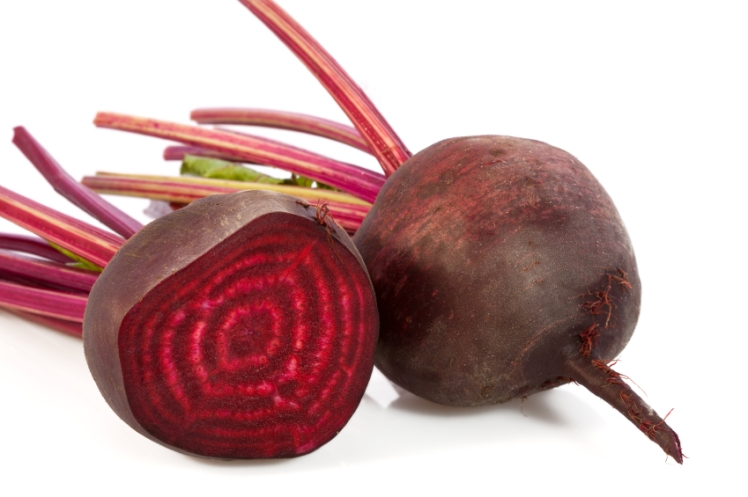 Of all the vegetable sources Beetroots have a large amount of iodine. This fact explains its positive influence on thyroid gland. It is believed that they came from either China or South East Asia. They were so popular in ancient Rome , after the discovery the emperors ordered it’s massive cultivation throughout many Europeans fields. It was during this time that it became very popular in Russia.

Beets are really rich with large amount of elements that are indescribablly needed for our body. Beets contain low protein, organic acids such as folic acid, malic acid, oxalic acid, then vitamins C, B, A, PP, E, and of minerals contains: calcium, potassium, magnesium, zinc, iron, and other minerals in smaller quantities. See more here. 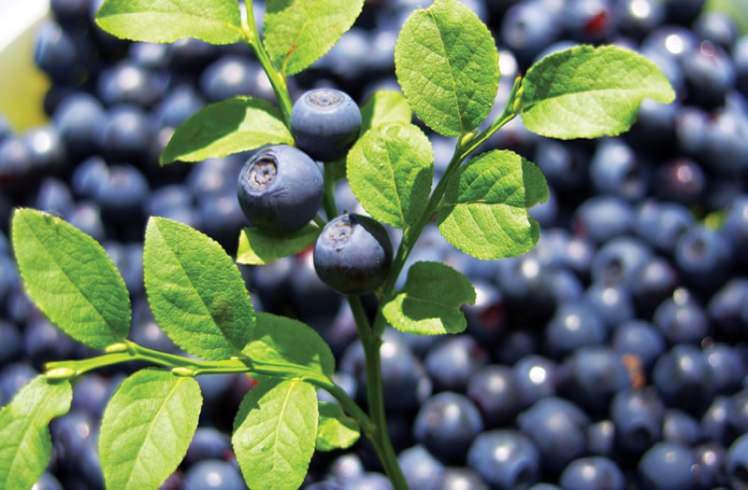 A lot of people know that bilberries can make the retina stronger, but did you know this isn’t it’s only useful effect. The US Ministry of Agriculture ordered research done which proved that bilberries are as rich in antioxidants as  grapes and red wine. But don’t confuse the billberry with the blueberry, billberries are native to Europe and the British Isles were blueberries are native to North America. Russians have been consuming these powerful berries since before recorded history. To make matters worse what English speakers call billberries, Russians call blackberries.

Although bilberry is promoted most commonly for improving vision, it has been reported to lower blood glucose, to have anti-inflammatory and lipid-lowering effects, and to promote antioxidant defense and lower oxidative stress. Therefore, bilberry is of potential value in the treatment or prevention of conditions associated with inflammation, dyslipidemia, hyperglycemia or increased oxidative stress, cardiovascular disease (CVD), cancer, diabetes, and dementia and other age-related diseases. There are also reports that bilberry has antimicrobial activity.

So if  you want to get positive effects of this powerhouse berry one should eat half a glass of fresh or frozen bilberries a day or 2 cups of bilberry yogurt. See more here. 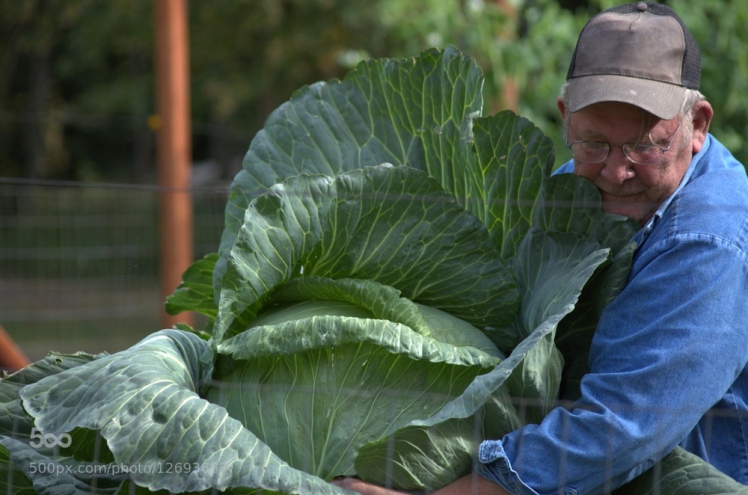 Ask any Russian what is one of the most popular vegetable grown and served at the dinner table they more than likely they will respond with Cabbage. This vegetable is a part of the staple diet in Russia. Once you understand it’s benefits more than likely you will want to include it in your diet as well (it’s always been a part of my own diet). The number of ways in which it served is almost endless.

The main advantage of cabbage is a large content of manganese and Omega-3 fatty acids. Besides, cabbage contains a lot of food fibre necessary for good digestion. Cabbage is also considered a foodstuff with “negative calorie content” as human organism receives less energy with the cabbage than it spends to process it. One interesting side note is that hangovers from heavy drinking were reduced by using cabbage, believe it or not it’s been used for this purpose since Roman times. See more here. 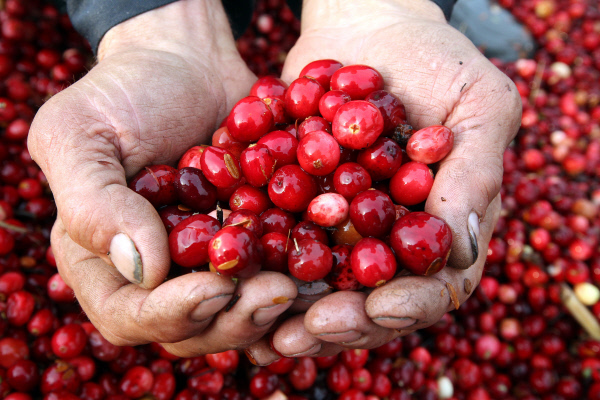 The Russians discovered the healing power of cranberry (russ. клюква [kljúkwa]) centuries ago. They are truly one of the mainstays of the Russian diet. This precious berry is grown in many regions of Russia then exported to other countries were they put into drinks, desserts, etc.  Cranberries are related to bilberries, blueberries, and huckleberries, all in Vaccinium subgenus Vaccinium.

For centuries, the cranberry was known as the “Russian berry” in Europe. The berry, which grows everywhere in Russia, has been traditionally considered a natural antibiotic and antiscorbutic. Mors, as cranberry juice is known in Russia, is one of the most popular beverages in the country. Russia’s north is home to quite a rare variety of this berry, the small-fruited cranberry. For residents in some parts of Russia, cranberries are also a good source of income. See more here.

They are one of the most nutritious berries and an excellent means for various infections including respiratory ones. See more here. 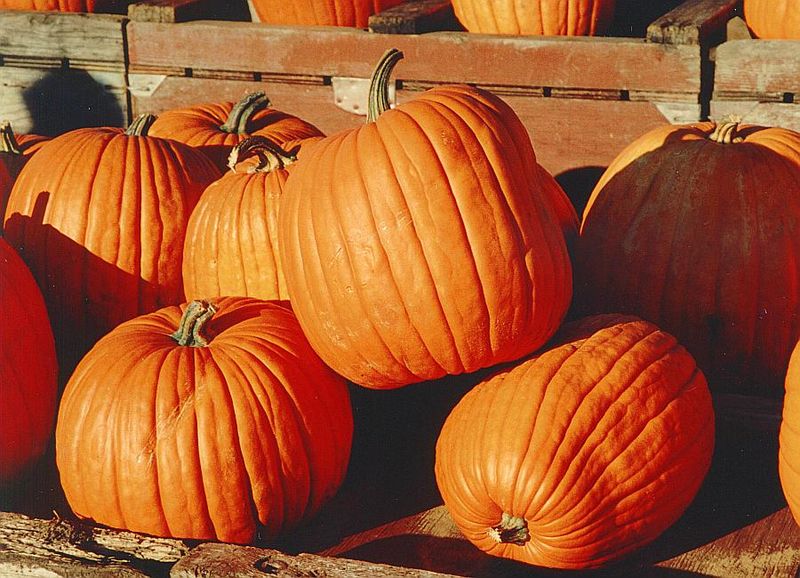 The Russian word for pumpkin is tykhva and it is an umbrella term for anything in the greater yellow and orange root vegetable family, including butternut and acorn squash. It is a popular autumnal ingredient, which appears in classic 19th century cuisine, enhancing milky and sweet soups and millet kasha.

Packed with nutrients and able to be stored in a root cellar throughout the long Russian winters, pumpkins continue to sustain the peasant population in the countryside to this day. See more here.

Even though Halloween is still a couple of months away it’s a time when westerners will decorate their homes with scary Jack-O-Lanterns and pumpkin centerpieces during fall season. But did you know that in Eastern europe pumpkins mean something quite different. They represent – rejection. See more here.

Bright orange color of pumpkin is the evidence of large content of beta-carotene, an antioxidant which provides the human body with vitamin A, helping skin cell renewal and is good for eyes. The people who want to lose weight should eat pumpkin more often. 100 g of this extremely useful vegetable contain just 25 kilo calories. 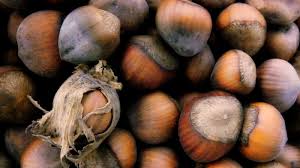 Hazelnuts are widely distributed throughout much of Europe, from Britain and Scandinavia eastwards to the Ural Mountains in Russia, and as far south as Spain, Italy and Greece. They also grow in Morocco, Algeria, Turkey, Iran and the Caucasus region. Currently in Adygea a republic of southern Russia scientists are working on a large scale project to breed hazelnut and chestnut trees. Historically the trees were grown in Circassian gardens and it’s hoped that they will help meet the growing domestic demand and maybe one day even export them. See more here.

Of all the nuts that are avaliable here hazelnuts would probably be considered the most “Russian”.  For those who are looking to lose weight they are a very good choice. Hazelnuts are highly rich in fats that help regulate weight and at the same time very good for blood vessels and heart. If you are hungry or even a bit on the tired side they provide the necessary elements to give you a boost, overall they strengthen heart and provide vitamin E that is esstential for healthy hair. 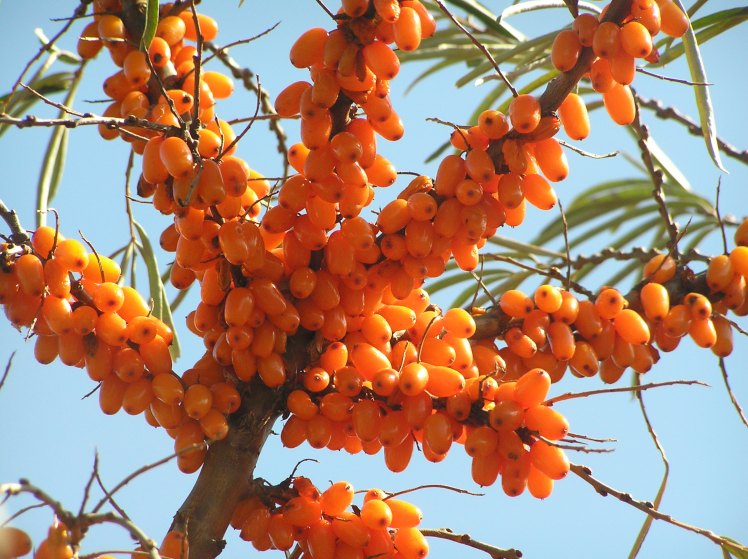 Sea Buckthorn is an extremely hardy shrub that has incredible medicinal properties. Most people are aware that essential fatty acids are a necessary part of a healthy diet, and are familiar with omega 3’s, omega 6’s, and omega 9’s. But you may not have heard of omega 7’s, also known as palmitoleic acid. This rare fatty acid occurs abundantly in Siberian sea buckthorn berries. The rare fatty acids that  occur  in Siberian sea buckthorn berries have been used in Russian, Ayurvedic, Chinese, Greek, and Tibetan  medicine for thousands of years. In ancient times, leaves and young branches from sea buckthorn were supposedly fed as a remedy to horses to support weight gain and appearance of the coat, thus leading to the name of the genus, Hippophae derived from hippo (horse), and phaos (shining). See more here.

Sea Buckthorn is considered a superfruit. The nutritional and medicinal value of Sea Buckthorn is largely unknown in North America, but has been known and exploited in Eurasia for centuries. The sea buckthorn industry has been thriving in Russia since the 1940s, when scientists began to investigate the biologically active substances found in the fruit, leaves and bark. Russians went on to develop products from this fruit that was used by their cosmonauts. They also created a cream that helped protect them from cosmic radiation from space. 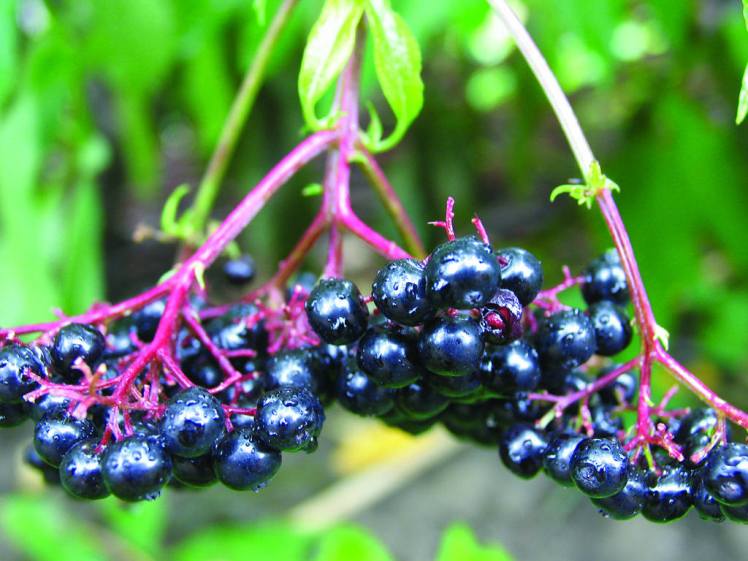 Black Chokeberry – Aronia melanocarpa is a hardy and tolerant plant. The best berry production occurs when the plant has full sun and moist but well-drained soil which is slightly acidic. Berries form on clusters and mature in late summer when they have developed their beautiful purple hue. In Russia, thanks to the it’s undemandingness of the soil, climate, the berry has spread throughout the entire European part of Russia, Altai, Siberia, the Far East.

This amazing berry has traveled the world. These berries are native to North America they were used by Native Americans for medicinal purposes to treat colds and other ailments. This powerhouse of a berry was introduced to Russia in the 19th century and developed into commercial cultivation in the late 1940’s where it is used as an antihypertensive herbal drug. Black chokeberry – one of the favorite plants of Russian folk medicine was dubbed a cure for old age. 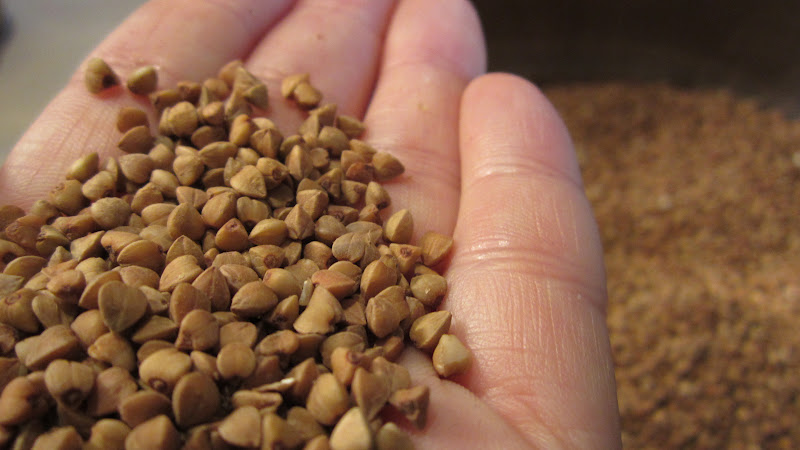 Legend has it that, 1,000 years ago, when Greek monks spread Christianity to Russia, they brought with them more than just the Bible. They brought a grain, a seed, so magical, nutritious and delicious that it struck an instant chord with the Slavic soul – and the Russian stomach. That grain was buckwheat. And because the first people to cultivate it here were Greeks, the Russians called it grechka. See more here.

There is something very curious about this little cereal grain, it is actually a fruit seed that is related to rhubarb and sorrel making it a suitable substitute for grains for people who are sensitive to wheat or other grains that contain protein glutens. Buckwheat flowers are very fragrant and are attractive to bees that use them to produce a special, strongly flavored, dark honey. See more here.

Buckwheat Kasha is extremely popular in Russia – Kasha is commemorated in the Russian language by saying “щи да каша – пища наша” (shchi da kasha – pishcha nasha) literally “shchi and kasha are our food” or, more loosely, “cabbage soup and porridge are our kind of food”. 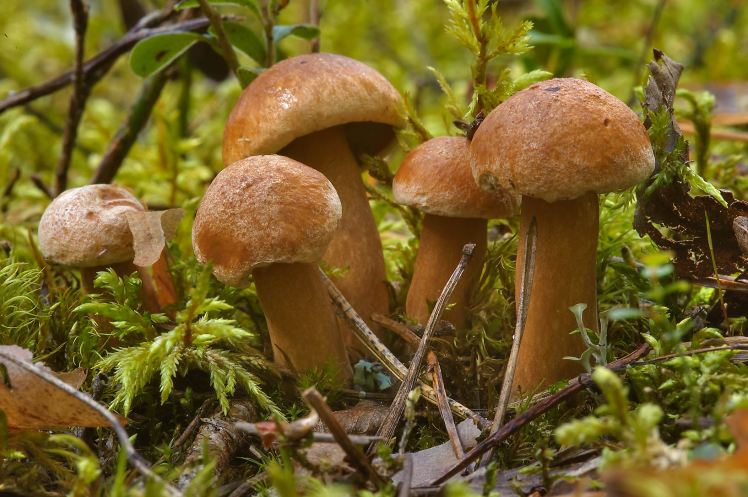 Forest mushrooms have always been a part of the Russian diet, in fact it’s considered a national sport of sorts. I’ve personally done this and it’s much like a scavenger hunt with everyone’s eyes (the entire family) peeled looking for these tasty little creatures. The best time to hunt for them is after a heavy rain, after spending an entire afternoon exploring for them they are marched home were they are cooked and eaten for dinner. If any are left they will be dried or marinated for later consumption.

We have one mushroom here in Russia that is considered a superfood – the Chaga mushroom. The mushrooms have a broad range of attributes from immune boosting to their antimicrobal effects. See more here.

Also back in February of 2014 I created a post about mushrooms, you can read it here.