Is Russia A “Macho” Business Culture?

During Soviet times laws were passed that enabled women to be more involved in the workplace. Irrespective of gender all adults worked in society and despite the West’s  traditionally held belief that Russia operates under a “macho” culture. This simply isn’t the case. In Upper management as well as management in general 40% of all these jobs are held by women. This also tends to be the case in C.I.S. countries as well.

This is an interesting fact considering that in Europe, women hold about 24% these jobs and the U.S. lags behind at 18-20%.

So the question must be asked, why is this taking place?

The reason of this trend is that women in Russia have a higher level of education and ambitions. Also they are more motivated to start their own business because of wage gap among female and male workers. According to data, in Russia women earn 37% less than men even if they do the same job.

Another reason women are motivated is that they have felt a great responsibility for the well-being and future of their children. When we compare Russian women to women in Western Europe, in Russia women have felt this way because of the economic conditions within the country. They have had to put in more effort to achieving the standard of living they want for their families. 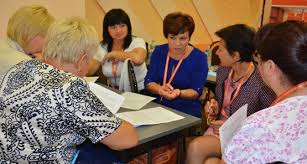 Nikolay Nikiforov, chair of the Trade Union of Railwaymen and Transport Construction Workers of Russia and an ITF executive board member, said: “Women make up 40 percent of the employees at the state-owned Russian Railways company (RZD) and there are women’s structures in every company unit.

“Over 60 percent of leaders of local unions are women, and they are more disciplined and more active at solving wages and other issues than men. The RZD collective agreement has special clauses which make sure maternity and education rights.”

Where and what kinds of Businesses are women in?

9 thoughts on “Women in the Russian Workplace and Businesses”