A good reason to visit Russia are the incredible vistas one will encounter, places that are not only strikingly beautiful but mystical and mysterious at the same time. It is a land of plains and steppes that stretch for countless miles, its mountain ranges from the Caucasus, Urals, Altai, to lesser know Sayan and Stanovoy ranges. It’s northern reaches are covered by boundless tundra and the taiga reaching from its western borders to its eastern borders. It even more surprisingly it has its own delectable  deserts.

The country’s 17.1 million square kilometers include one-eighth of the Earth’s inhabited land area. Getting to see just a small part of this vast landscape can be an awesome experience. Western Russia’s population density being much higher compared to the Eastern portion one can visit areas where seeing another human is a rare event. But exploring its western boundaries can be just as amazing. The countless lakes and rivers of Karelia will call the fisherman, Backpackers and explorers will be called to its wide open spaces, hunters will be called the far reaches of this magnificent land. Russia hold great adventure for all who hear it’s call. 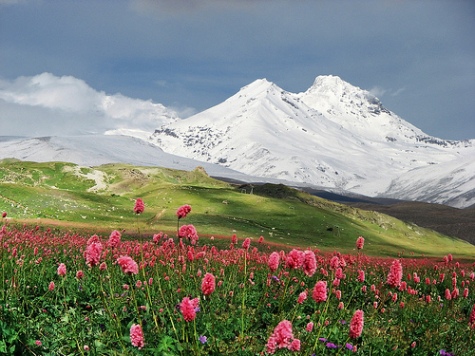 14 thoughts on “A Reason to Visit Russia – Beautiful Landscapes”