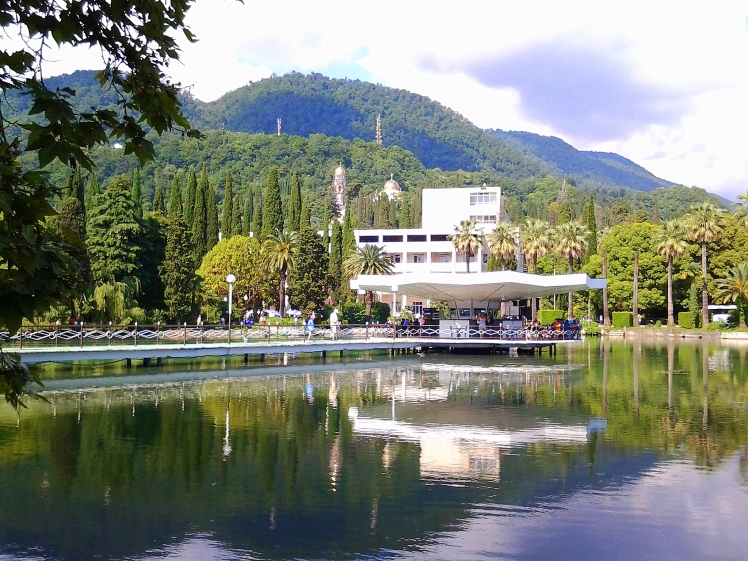 New Athos the most photogenic of them all

Each place we visited while in Abkhazia was unique, New Athos wasn’t any different. New Athos just happened to be the most photogenic of them all. Here in this photo above I caught the reflection of the restaurant on the water, plus Novy Afon’s spires balancing with the mountain range in the background. See more here.

The town located 22 km from  Sukhumi resting by the shores of the Black Sea. In ancient times it was the Roman port town of Anacopia, some of it’s ruins still remain.  Then the Georgians built a fortress atop Iverian Mountain in the 5th century. Anacopia was the capital of the Abkhaz princedom at the edge of the Byzantine Empire. After that the Abkhaz Kingdom appeared under the leadership of King Archon Leon II  who moved the capital to Kutaisi at the end of the 8th century. See more here. 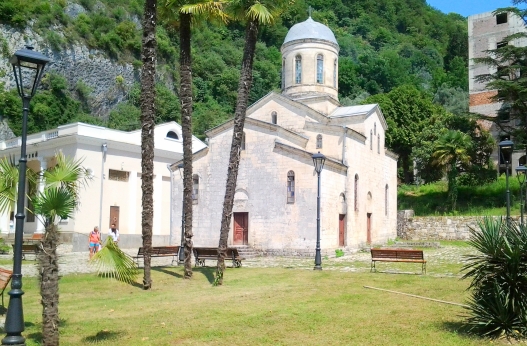 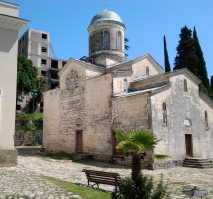 Church of St. Simon the Zealot

I must admit that New Athos is really a tourist trap but finding the Church of St. Simon the Zealot sure was a treat. It’s said that the Apostle Simon is buried beneath the church itself. The Church was built in the 10th century AD and stands next to Cyprus alley that leads up to the monastery. It’s an amazing monument of medieval architecture, it’s believed to be erected on the exact spot where, according to legend, St. Simon the Zealot was killed. The church was built when Anacopia was in its prime, later becoming the cathedral church of the Sukhumi bishops and the last resting place for Abkhazia’s high-ranking clergy.

The church has undergone many restorations and has been well preserved. During it’s restoration workers discovered lavish 11th century frescoes under layers of plaster.

Man Made Waterfall built by Monks

It’s just beyond the church one gets to see the man made waterfall that is actually a dam that the monks built along with a power generating station. The station was built between 1892 and 1903 and repaired in 1922. It remained broken for over forty years before being repaired again — it was re-opened on 4 June 2012. The power it produces is an estimated 100 kW per hour which today provides power for the monastery and city below. Behind the dam is an artificial lake that is fed by river Psyrtskha. 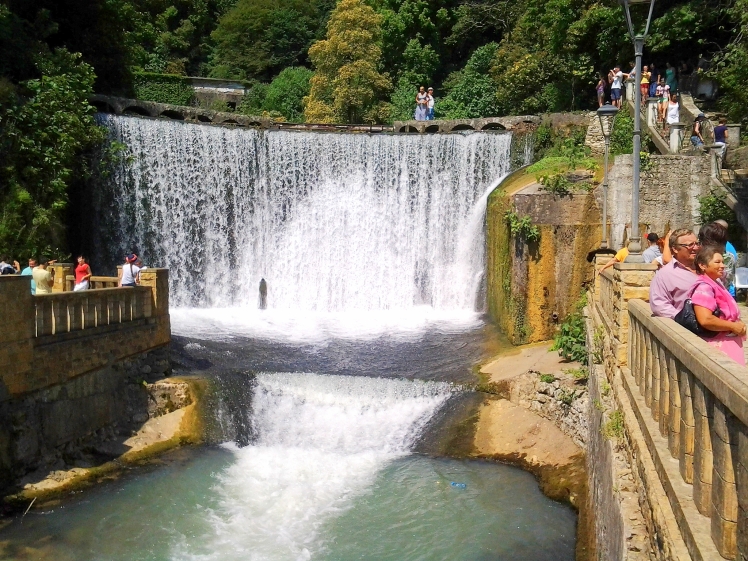 Striking View of the Waterfall 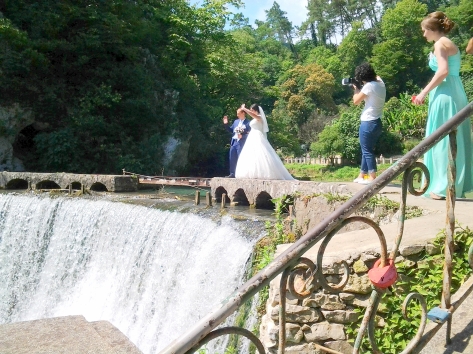 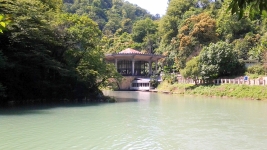 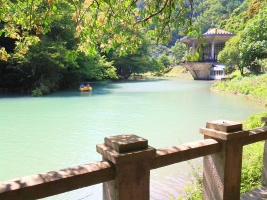 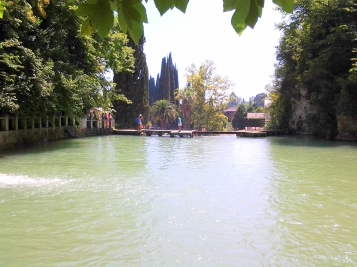 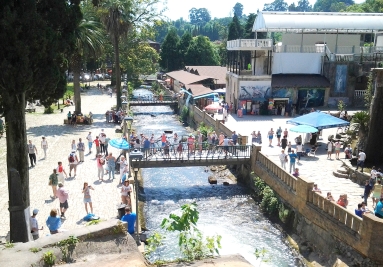 Abkhaz Couple on their Wedding Day

Sometimes I think I just get lucky, this was one of them. Being at the right place at the right time was this moment, I got to take a couple of photos of an Abkhaz couple on their wedding day. It’s understandable why they chose this location. It’s simply beautiful as you can see. The next two photos top right were confusing to me, I went and did some research on this cool looking little building hanging over the water, it claims that this is a railway station (what). Where’s the train? Wait a minute maybe it’s a submarine station. The last shot was taken from where the Abkhaz bride and groom where standing looking down at the pandemonium below, way to many tourists!