At the confluence of  two mountain rivers the Gega and Yupshara there is an incredible phenomenon of Abkhazian nature – the Gegskij/Gega waterfall. It was formed by the river flowing from an underground karst cave through an imperceptible crevice in the rock. It seems that the river is being ejected from a height of 50 meters bursting out directly from the rock. This amazing sight is even more astounding during sunny weather when the water droplets sparkles from the sun’s rays, forming a rainbow which can be heard like a fountain of a millions splashes at the bottom. After climbing to the falls via a four-wheeling vehicle the air become fresh and  very cool. It’s interesting to note that a scene from “The Adventures of Sherlock Holmes and Doctor Watson”, where the famous fight between Sherlock Holmes and professor Moriarti takes place was shot here.

Go Ahead Climb it, Nobody’s Stopping You

One of the things that I was totally surprised by was the fact that it was perfectly okay to climb up the waterfalls, something we would not do in the States in a national park. It made it so much more interesting, nobody standing around telling you that you can’t do this or that, it was nice. Once I was almost at the top I took a picture looking out from the mouth of the cave looking back down. It shows just how high up it was.

Shear Cliffs on One side, Drop Offs on the Other

The road getting to the waterfall was just as interesting, I didn’t make this short video but we got there the same way. Sometimes it was sheer cliffs on one side and drop offs on the other, a bit hairy.

We also got to visit Women’s Tears and Man’s Tears Waterfalls, the first one we arrived at was the Women’s Tears Waterfall. It’s hard to see because the whole side of the cliff face is covered with falling droplets of water. It was interesting to see all the ribbons tied to the moss that was growing on the side of the cliff as well. Further up the road we came upon Man’s Tears Waterfall, it’s like nothing I’ve seen before. At the bottom is this very interesting rock formation that spreads the waterfall out into a radius. It makes for a spectacular sight. 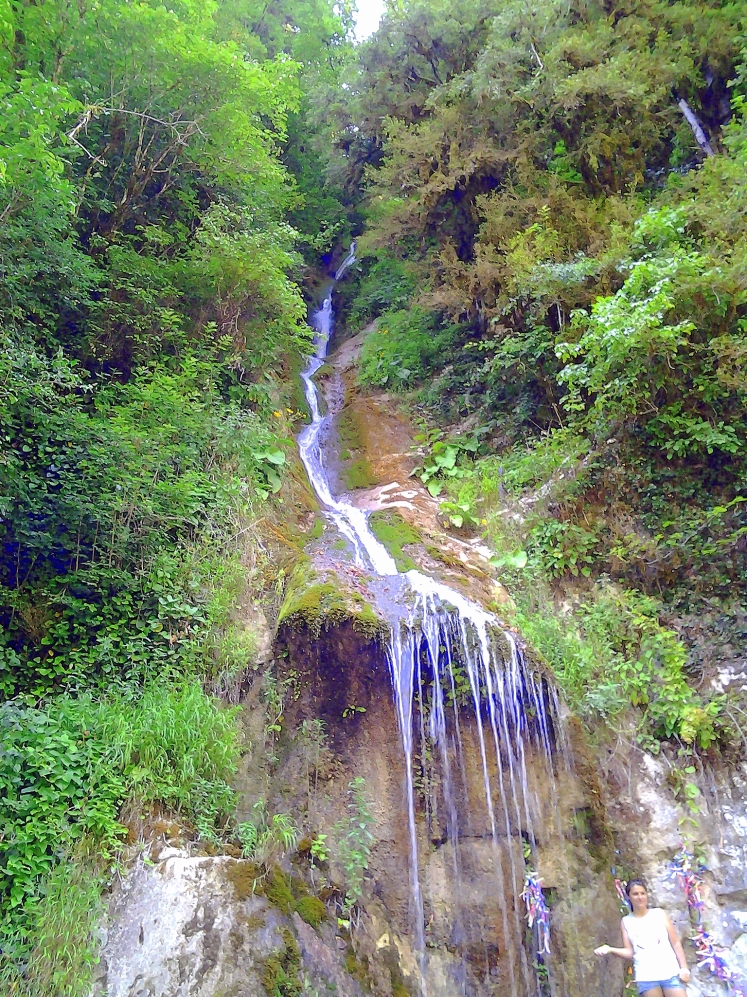 Finally I thought I’d finish this post with a couple of man made waterfalls that are beautiful as well. 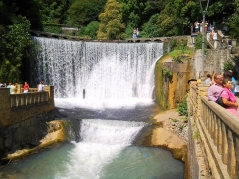