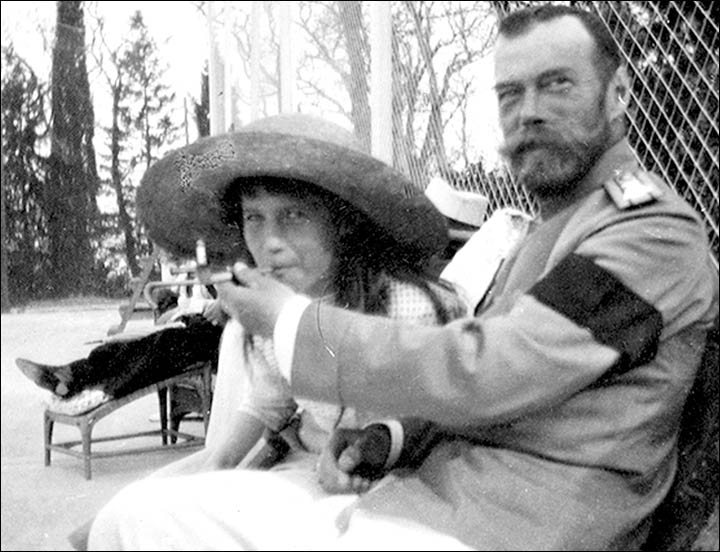 Tsar Nicholas II appears in a photograph to be teaching his daughter Grand Duchess Anastasia how to smoke. 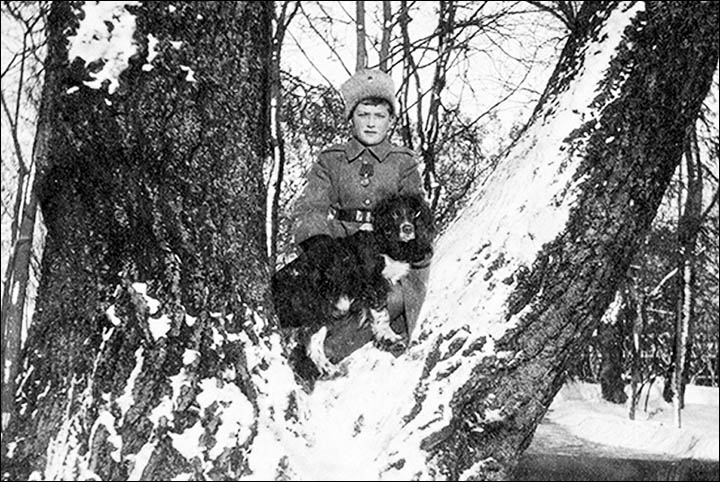 Another picture taken by the emperor dated 1916 shows Tsarevich Alexei – heir to an autocratic throne that would be abolished the following year – posing on a tree in winter with his beloved pet spaniel Joy.

These images of the Russian royal family, captured in photographs taken by the Tsar himself or his children, mostly date from the years of the First World War, and some very soon before the Romanov dynasty crumbled, to be rapidly replaced by Communism. 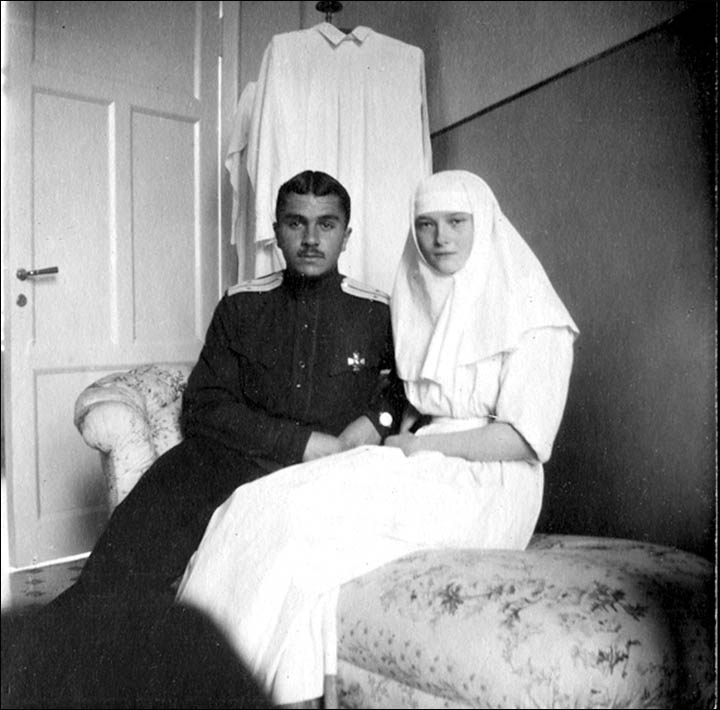 Found in a vault in Zlatoust, the album shows the private moments of the royals as the storm clouds gather over a dynasty that had ruled for more than three centuries.

The smoking picture shows the youngest princess Anastasia, then 15, evidently imbibing from a cigarette with every encouragement from the Emperor and Autocrat of All the Russia. At the time there was not the same stigma attached to smoking and in fact a year earlier Anastasia had written to her father: ‘I am sitting here with your old cigarette that you once gave me, and it is very tasty’. 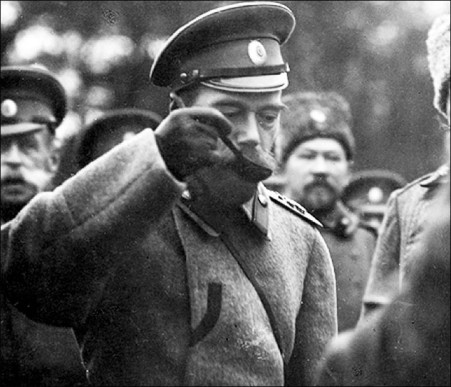 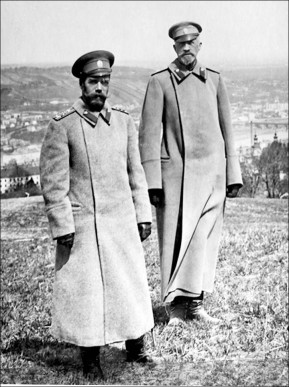 She – like Alexei – would soon be central characters in the mystery of what became of the Romanov family.

For decades there were claims that the pair had survived the 1918 shooting that took the lives of Russia’s last royal ruler, his former empress Alexandra, and their other three children, Olga, Tatiana and Maria.

In the event, DNA evidence gathered from bones found near Yekaterinburg gives credible evidence that both were indeed killed in the shooting at the Ipatiev House, where the family were held by Lenin’s forces. Anastasia and her brother were, however, buried separately from the rest of the family. 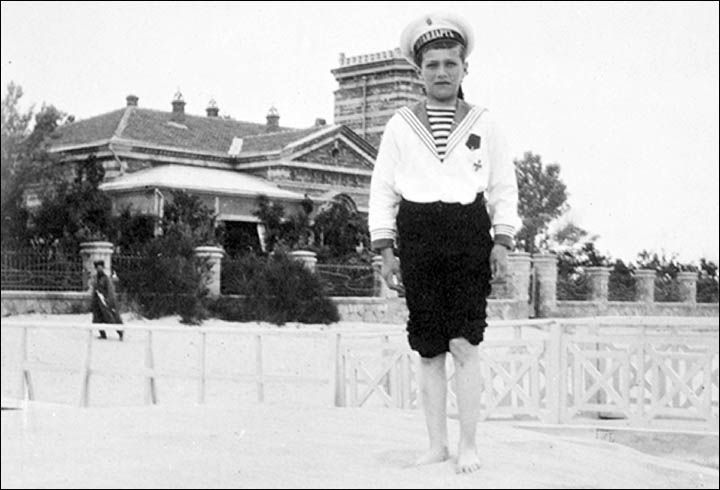 The images of Alexei show a surprisingly strong boy given that his haemophilia saw him portrayed as sickly.

Indeed it was his serious illness that led his mother to rely on debauched holy man Grigory Rasputin, a relationship that did much to undermine royal credibility as the country became embroiled in an ugly war and revolutionary fervour. 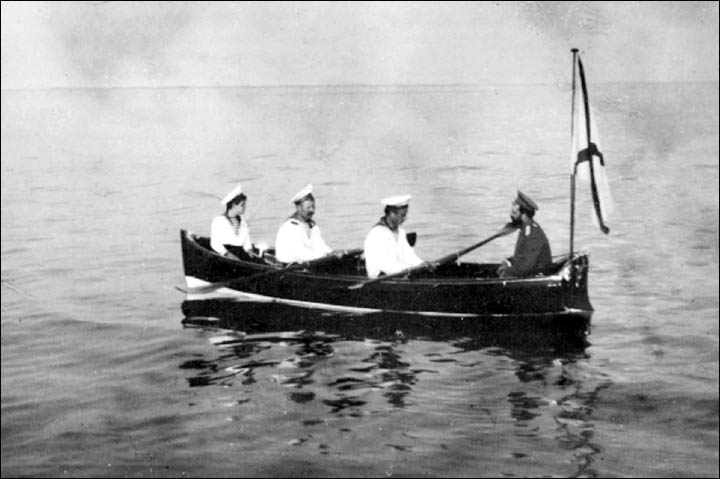 In one of the earlier pictures in the set, the four carefree Romanov princesses are seen in 1914 enjoying the royal yacht ‘Standart’ on the Black Sea. 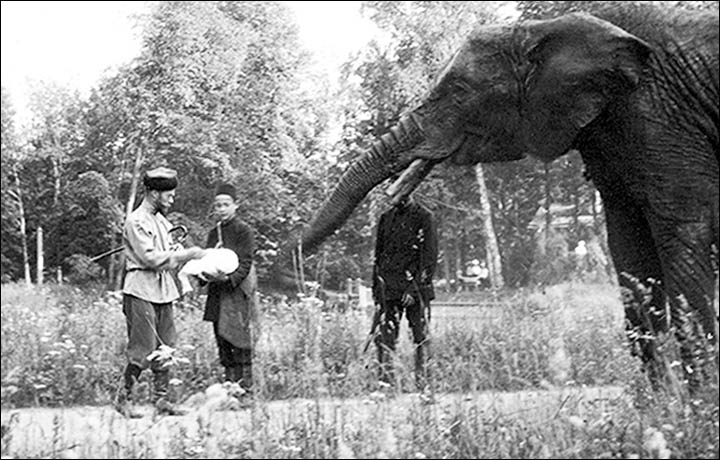 The same year at Peterhof, the Tsar is shown relaxing on rocks in a picture almost certainly taken by one of his children using a camera he had imported from Britain. And in another picture, the Tsar, Alexei and the boy’s tutor are seen walking an elephant near their palace in Tsarskoye Selo.

A zoo on the estate would be closed after the 1917 revolution, but on this day the ruler wrote in his diary: ‘Took the elephant to our pond with Alexei today and had fun watching him bath’. 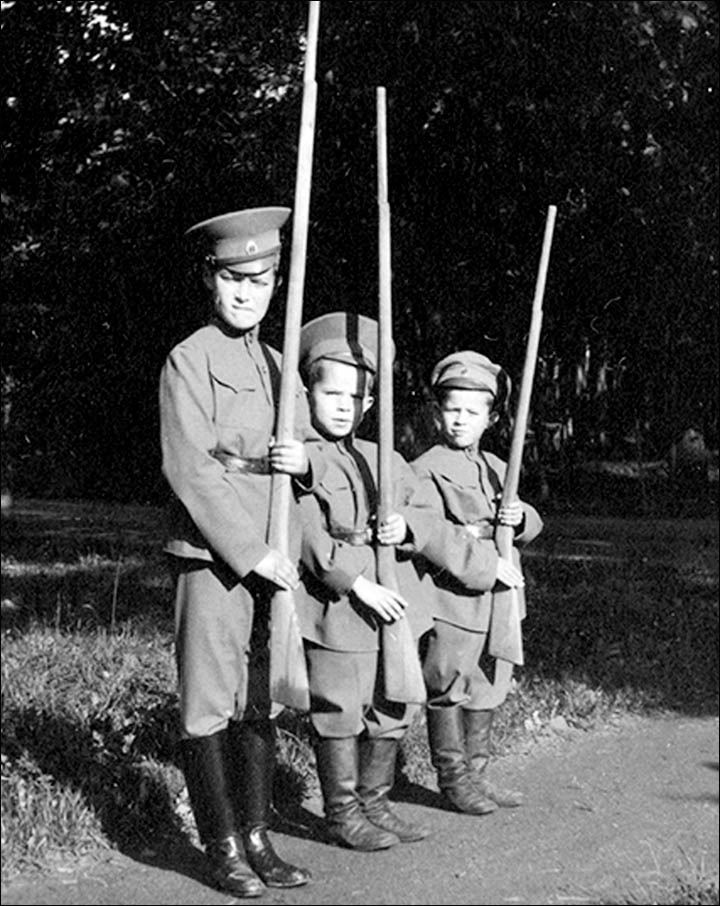 With war breaking out in 1914, the heir is shown in a military game with his tutor’s two smaller children. In 1916, as he commanded Russian forces in the First World War, the Tsar is seen playing with his son on the banks of the Dnieper River close to Mogilyov. Here – where the smoking picture was taken – Russian military headquarters was based during the war, and Nicholas insisted on having his family around him. 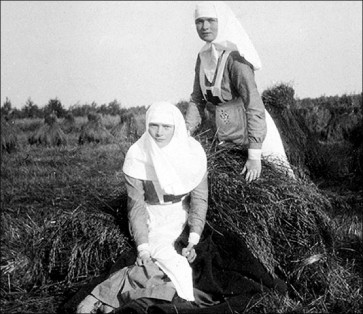 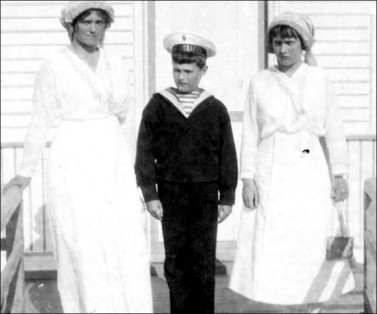 The images have been released in a year which marks the 400th anniversary of the Romanov’s coming to power in Russia. 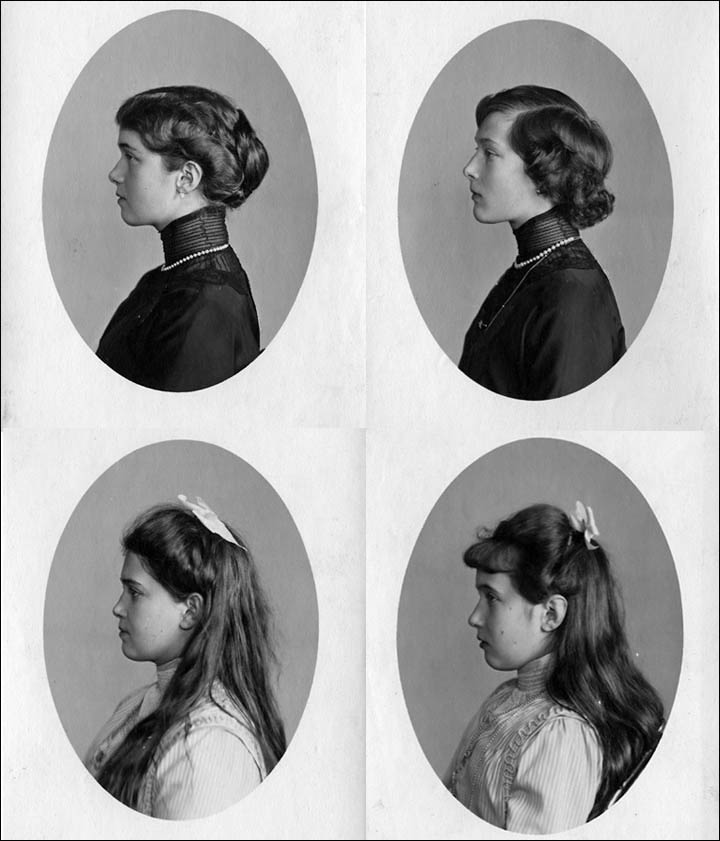 ‘The emperor was very fond of photography and passed his passion for it to his wife Alexandra and children,’ said Milena Bratukhina, an historian at the Zlatoust Museum where the album was hidden in Soviet times. 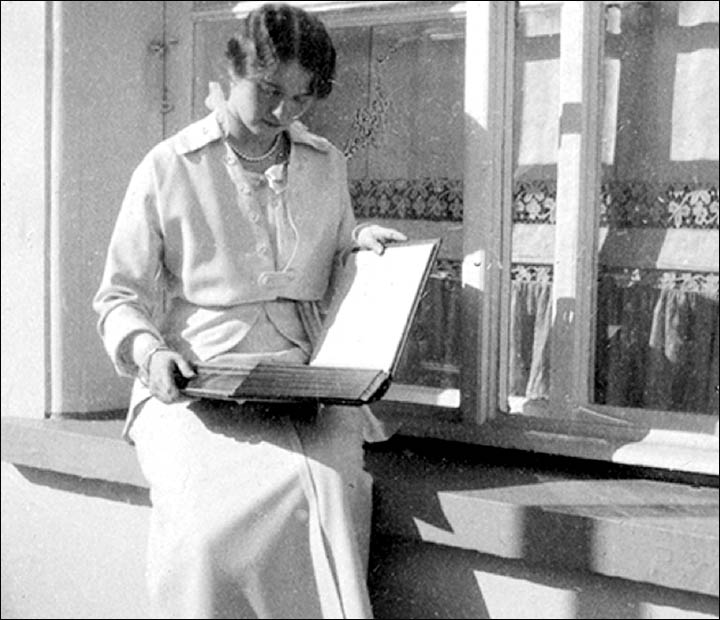 It remains unclear how it got to Zlatoust.  One theory is that the album – which has 200-plus pictures, many never seen before – was taken from the royals by a revolutionary called Dmitry Chudinov, nicknamed Kassian, who was an escort when the exiled royals were brought westward from Tobolsk in Siberia to Yekaterinburg on their final move before they were shot.

He was from Zlatoust and it is known that he appropriated some royal possessions. The album could have been among them.

5 thoughts on “Rare Photos of the Romanov Royal Family Found”