In the center of the Eurasian continent, in southern Siberia, spread some of the most beautiful and inaccessible mountains of Russia – Sayan. This mountainous country is a majestic mountain ranges, stretching over a distance of more than a thousand kilometers, and includes the Western and Eastern Sayan. 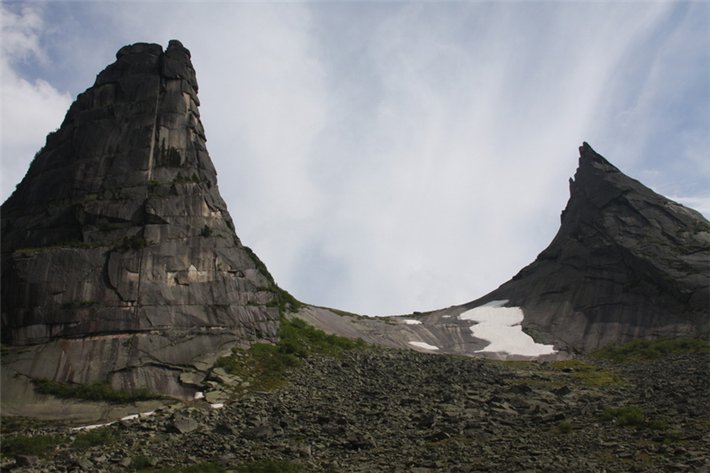 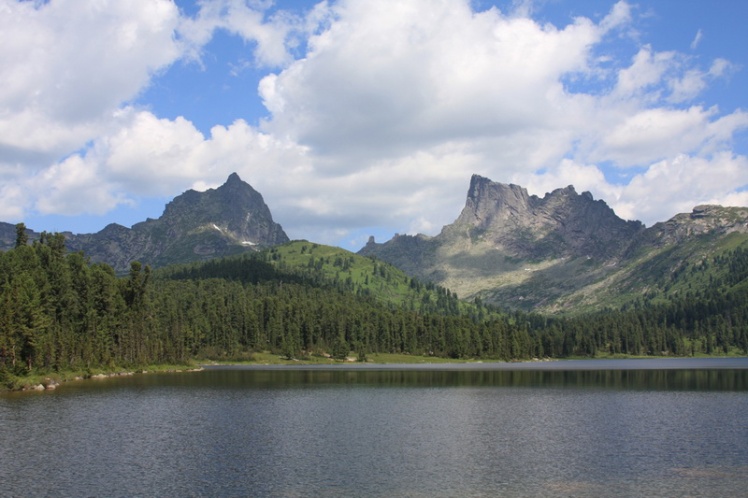 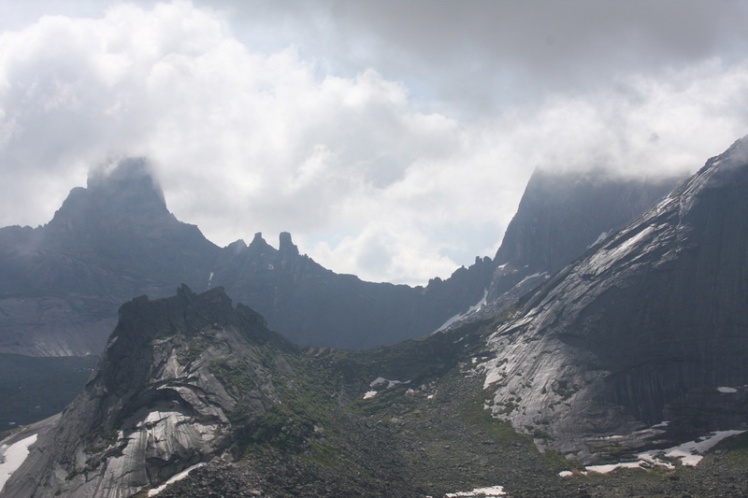 West of the Altai Mountains

From the south and the north of the mountain border with steppes and taiga forests of Tuva and Khakassia, in the west to the Altai Mountains to the east with the deepest lake in the world – Lake Baikal

These places are also called boundary stone idols. Especially impressive are the amazing rock formations, reminiscent of the fabulous animals, castle ruins, and even silhouettes of people. The most unusual rock ridge Ergaki – Mountain Brothers, forming an almost perfect shape of a parabola

During the Cenozoic Era

The modern look of Sayan occurred about two million years ago, during the Cenozoic Era. In the days of the great glaciers of these mountains were covered with thick ice 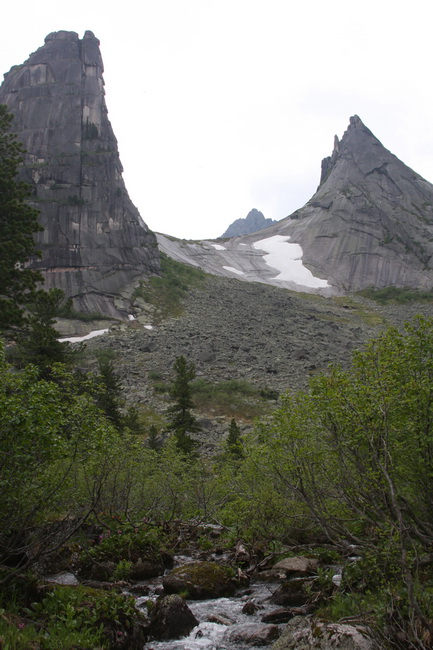 Further warming they like bulldozers, cut the spikes in peaks and valleys with vytochili wide bottom and steep slopes. Therefore, the size of the river valleys in Sayan often do not meet low power modern rivers

Favorite Vacation Spot of the Gods

Lake of mountain spirits. People who inhabited these lands for thousands of years, the term of the mysterious mountains of numerous myths and legends. Some of them tell that Ergaki – a favorite vacation spot of the Gods, who spent time here, surrounded by stone toys brought by them here from around the world. 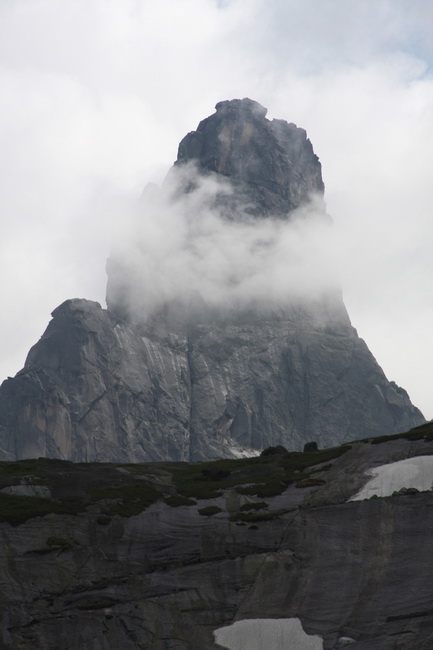 Sleeping Sayan Ridge. Not far from the hero is a huge stone. Locals say: do not worry these sites, or drop a monolith and wake Sayan

Lake Mountain spirits – one of the most beautiful and high mountain lakes of the park. It is located at an altitude of about 1600 meters in the saddle peaks Star, Bird and mountains Parabola 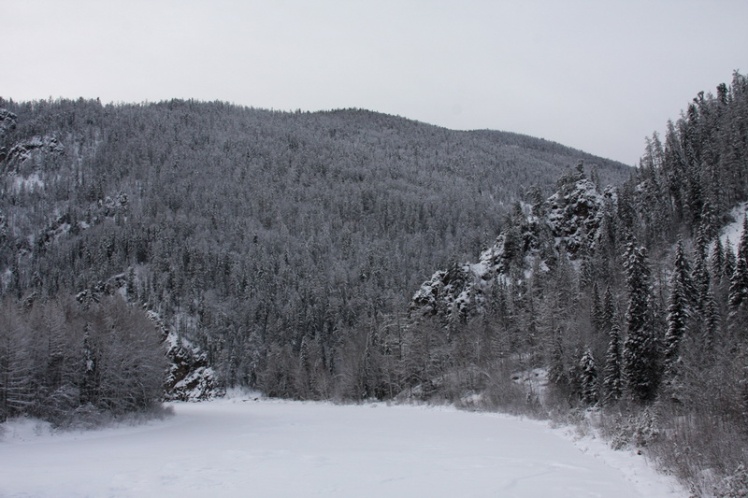 River Valley dig. Ancient hydrological structures were found in the park : dams and bypass channels. Archaeologists were  unable to access sites of primitive man, and to find artifacts related to the Bronze and Iron Ages

The first studies of vegetation Ergakov started over 100 years ago. For the first time these places visited researcher, professor at Tomsk University, Porfiry Krylov. The famous botanist made ​​a trip in 1892 to the edge of Urenhaysky now Tuva

Fog at Lake Azure. Every year when spring comes the highlight in this region becomes flowering alpine meadows. Thousands globe flowers, watershed and violets paint the mountainsides in different colors

Glade with Globeflowers. On the mountain slopes prevail coniferous forests, alternating with with increasing altitude by high-subalpine meadows and ancient stone pine forests 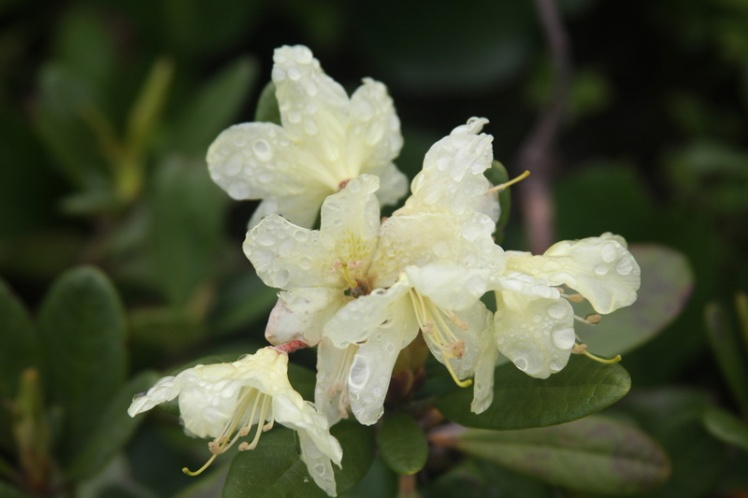 Flower Rodedondrona. High humidity, proximity to water sources allow a lot of grass to reach epic proportions, for example, plants of the family Ranunculaceae and umbrella can grow up to three meters

An important place in the ecosystem of the park is dark coniferous taiga – a tall and thick tree stand, consisting mainly of fir, cedar (siberian pine) and spruce. These forests are also called niello – a unique natural phenomenon

Many species listed in the Red Book of Russia

“Ergaki” Natural Park houses forty nine mammal species, five of which are listed in the Red Book of Russia, two hundred thirteen species of birds, a quarter of them are rare, more than 15 species of reptiles, amphibians and fish.

Main objective of the creators

It took millions of years to evolve this unique ecosystem, now it requires our participation. The main objective of the park creators is to save and preserve this rare natural complex 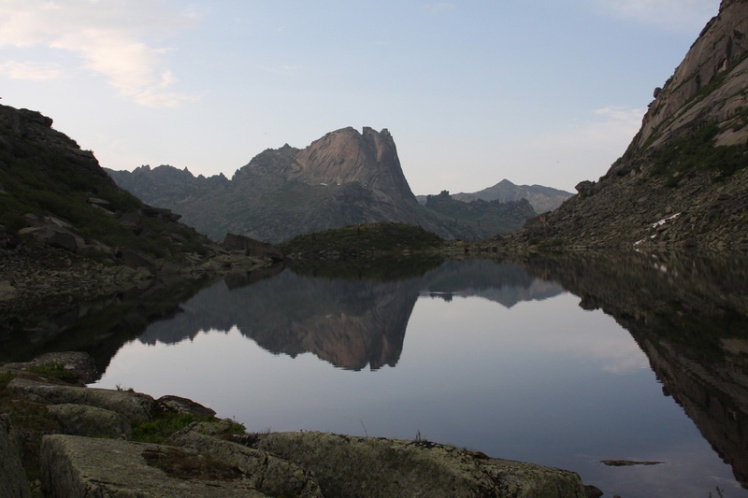 An unusual combination of bizarre rocks and picturesque valleys, pristine lakes and rushing rivers, the relic of the taiga and alpine meadows, makes  Ergaki natural park one of the most unique places on the planet.