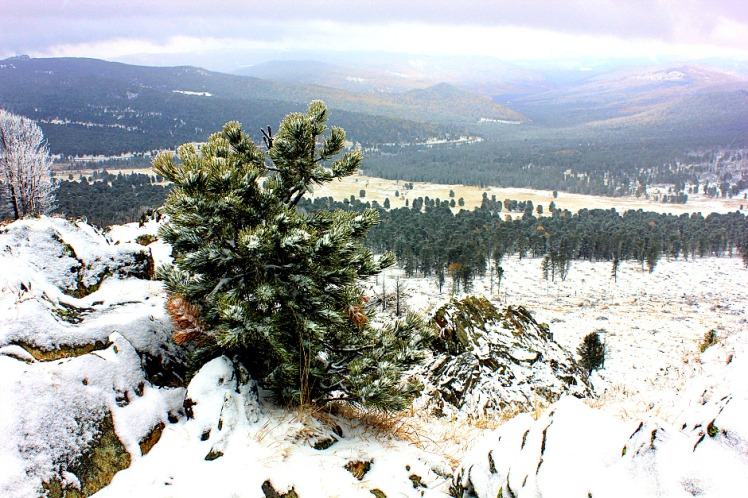 Lonely on the Road

Our road trip continued further into Siberian vastness with breaks only for photos, music and picnic lunches. Mountains and sky encircled us possessively all the time and it felt at times very small to be just two small dots in this endless wilderness. Villages became far spaced and more indigenous in nature and most of the times we were lonely on the road for couple of hours before we passed another car or human settlement. Hard working indigenous women toiled busily with their household chores and their flirtatious men lolled on Altai horses throwing me sunny smiles. 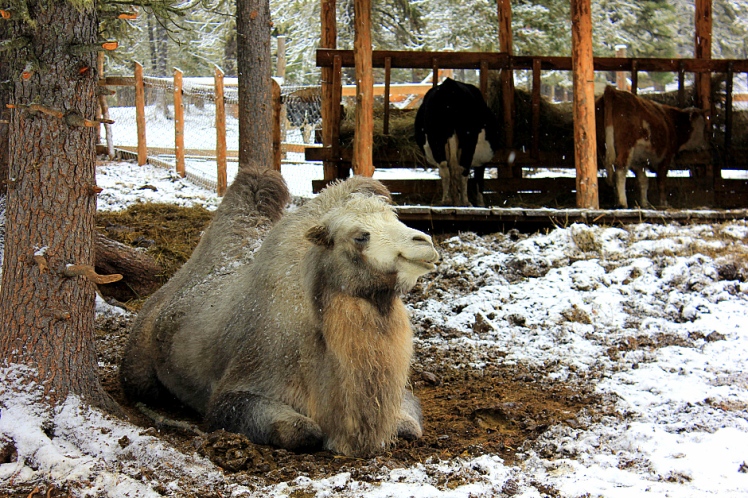 We were in the Altai country and its famous horses ran wild. Brown, grey, white, black and dappled these horses, famous for their speed watched us shyly from a distance and scampered away when we got too close. Sometimes the roads became rougher till they became mere trails as we drove deeper and Alexander showed me the beautiful hydro power project on the sea green Altai River. It was fall and the area was resplendent in mauve and violet along with rich red, yellow and green thrown in. We were very close to Putin’s dacha and oddly the mountain became singularly devoid of any kind of vegetation. 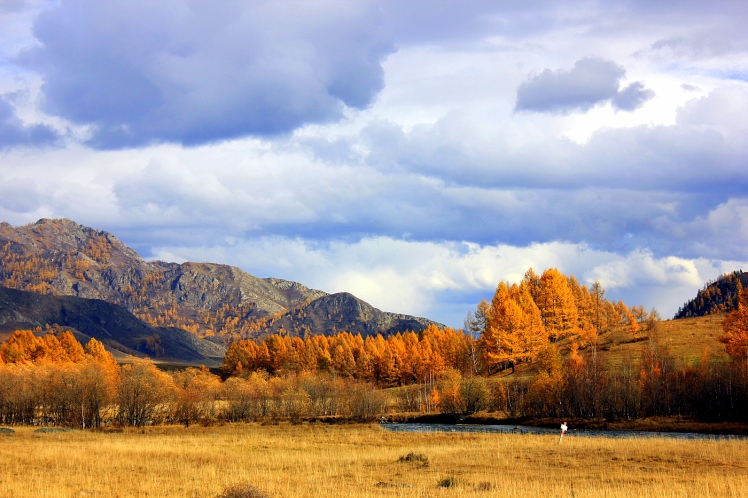 Lunch by a Gurgling Brook

Accommodations continued to be varied ranging from home stays to hostels but all of them were clean, warm and comfortable. Lunches were always by gurgling brooks and once at a reindeer farm, where we stayed for the night. It was much colder and snow slowly covered the hills in white powder. A freezing wind rustled the surrounding forests, reddened our noses and pierced our ears. Though we did not see any reindeer as they had gone hiding high up in the hills, that night sleep became difficult as our little valley got flooded with their calls. Males called out to their mates who responded by breaking the deathly silence of the valley and their high pitched voices made me toss the whole night. 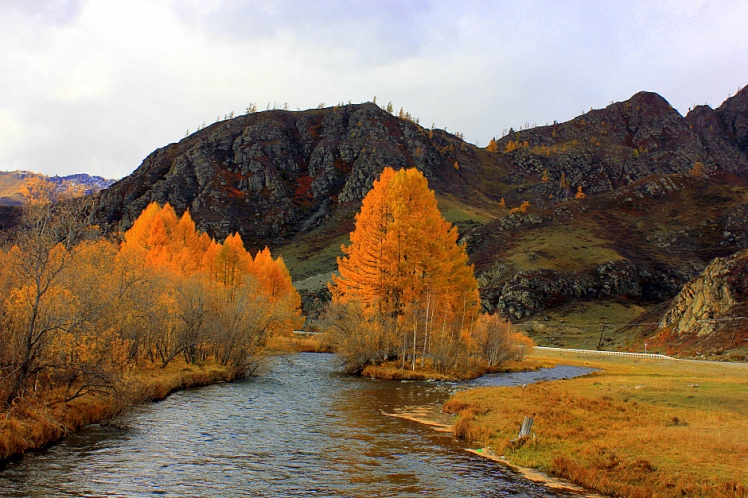 Chemal River, Katun River, Babyrgan Mountains and endless rift valleys flowed into one another as we clocked miles and piled photos of the stunning natural beauty of Siberia, Altai Krasky. Some late flowers still bloomed at the ancient rock carvings where we stopped briefly. Interestingly they also doubled up as older asteroid rocks with shards of metal still embedded in them. Rein-deer, bears, humans, mating, birthing, infertility and idol worship cult of the ancient civilization reminded us that we were cradled in the lap of human evolution. It was magical, mystical, magnificent and very very Siberia. 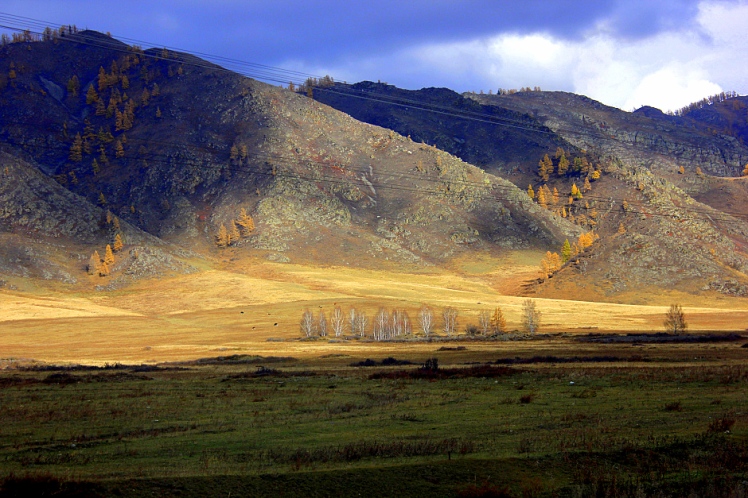 Magical Days in a Mystical Land

After some really magical days in this mystic land, it was time for me to leave. It had started snowing quite well by the time we reached Seminsky and against my wildest dream I plunged into a freezing lake before dashing to a hot steamy eucalyptus scented banya. It was my first Russian banya experience under not the most normal circumstances and it was totally unbelievable. Refreshing and very cleansing, surprisingly I never even caught a cold, not even a sneeze. 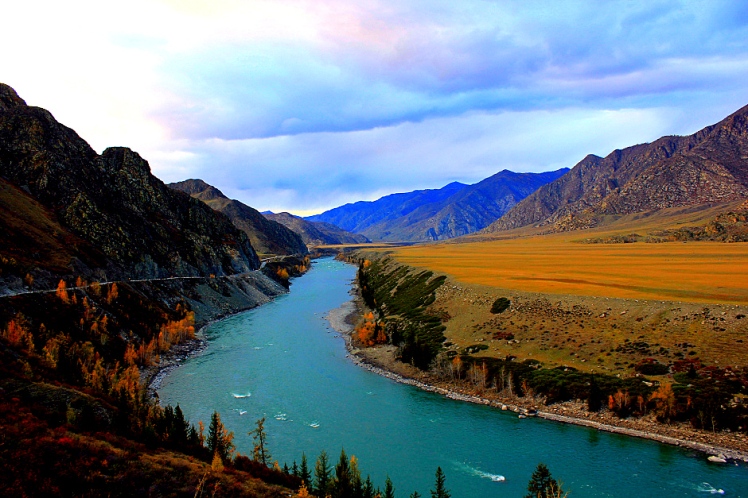 This land is mine and it is called Siberia.

We drove back to Barnaul where I took the afternoon train to Eketerinaburg and then on wards to St Petersburg. This time the journey did not seem as tedious although it was for 48 hours because my mind was too full of Siberia and its travel potential. Although much patronized by the rich Russian tourists, it does not get as many foreign travelers as it deserves because of lack of excellent infrastructure, awareness and atrociously priced online tours. So this Siberian road trip travelogue is a preview of what this magical, mystical land has to offer. That land is mine and it is called Siberia.