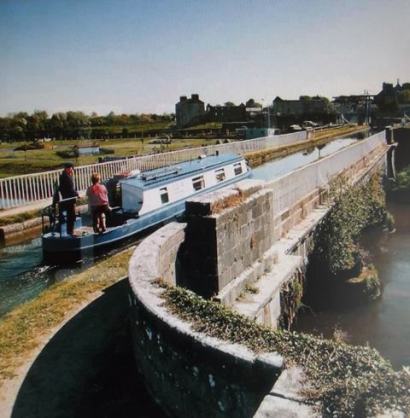 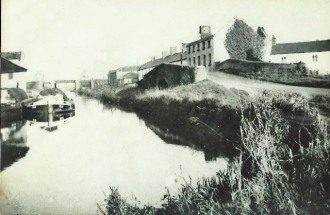 The Battle of Monasterevin

The arrival of the Moore’s/ Earls of Drogheda marked another important turning point in the history of the town. It was during the Moore’s occupancy that the town started to take shape and grow. The First Earl had laid out the streets at the center of Dublin, Drogheda ( O’Connell) Street Moore Street, Henry Street and Mary Street. His descendants continued this tradition of town planning by laying out the grid-pattern of the town with the parallel Main Street and Drogheda Street. As I mentioned earlier, Monasterevin has an unusual number of Bridges for a town of its size, hence the nick-name ‘Venice of Ireland’. The arrival of the Grand Canal in 1786 only enhances the claim to this name. Originally the spur connecting the main line the Barrow in Athy was carried down the bank by locks in to Barrow and up the other side. The arrival of the Grand Canal gave rise to a local distillery and allowed it to flourish. The big players in this industry were the Cassidy family who’s whiskey and St. Patrick Cross Pale Ale was world famous. They remains of these two industrial premises can still be seen today on the Dublin Road. It is said that the canal was used to transport thousands of barrels of both Whiskey and Ale each year. The wealth acquired by the Cassidy’s Brewing industry gave them a lot of influence in the area. In 1798, one of the Cassidy’s was the local magistrate.In 1798 insurgents from the local clans marched on the town in an attempt to capture it. This became known as the ‘Battle of Monasterevin’ which took place in the Main Street outside St. Johns church. The Churchyard had however been fortified by local Yeoman and a group of Militia. Following a charge by the Yeoman the rebels were sent packing. 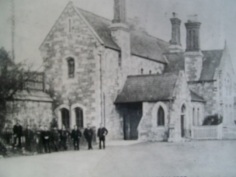 Later that year, local Priest, Fr. Edward Prendergast was arrested for administering to the wounded rebels at their camp and sentenced to death. He was hanged in the garden of Monasterevin House. Before he could be buried, a group of daring rebels snuck into the town by boat and retrieved the priest corpse, to return it to his hometown of Harristown. There was a Celtic-style cross monument erected in the town square in memory of Father Prendergast. The 19th century marked further improvements including the construction of a new town bridge in 1832 and the arrival of the railway. With the mass scale evictions of tenant farmers during this period and the Holocaust which was called the great famine in the 1840’s, Monasterevin was mostly unaffected and continued to prosper. Designed in 1846 by William Deane Butler, but never completed, St. Peter & St. Paul’s Church began construction. The interiors were completed by William Hague around 1880. The original intention was for twin spires to adorn the main front. Behind the facade, the church is quite simple with a continuous nave and choir and lean-to aisles. One regular visitor to the town was the famous poet Gerard Manley Hopkins. Our housing estate, Hopkins Haven, was named after him.

Cassidy Coin
(These were issued to workers brining goods to the distillery and could be used in the local pubs and shops in exchange for goods.)
Image courtesy of Monasterevin Heritage

By the turn of the 20th century Irish Nationalism was on the rise. In 1900 the a fore mentioned monument to Fr. Prendergast was erected at the top end of Main Street. In 1903 the Gordon Bennet Motor Race took place with Monasterevin hosting one of the stages of this high speed race. Then the arrival of the Great War (World War 1) saw many young men from the town join the British Army, fighting in famous groups such as the Leinster Regiment and the Connaught Rangers. I always saw this as a strange move considering that Germany was a big supporter of Ireland’s armed struggle for freedom. Perhaps many of these young Irish men, many whom perished on the western front, actually believed that by supporting Britain in the war effort, they would somehow gain a free Ireland. During the War of Independence the town suffered the unwanted attention of the Black and Tans, (a force of temporary constables recruited to assist the Royal Irish Constabulary and were notorious for their attacks on civilians and civilian property). Perhaps it was for this reason that the railway lines around the town became prime targets for the IRA. 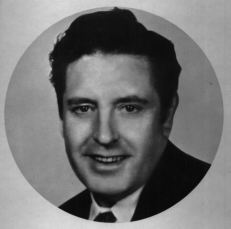 Left below: Monasterevin House – Once the home of the Cassidy family, now home to the Presentation Sisters. Right below: The Hulk –
Built in 1734 the Hulk was originally a “Charter School” set up to educate orphaned Protestant children
Images: © Ed Mooney Photography 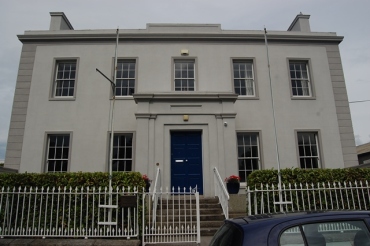 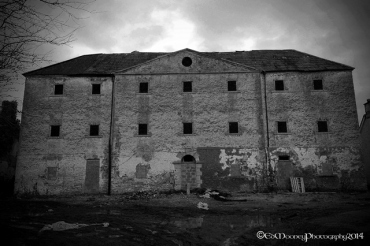 In 1925 the world famous tenor Count John McCormack took up residency at Moore Abbey. It was here that he entertained many famous guests as well as recording his albums in the Baronial Hall, with one of the scenes from his film Song of My Heart being filmed in the grounds. I was lucky enough to shoot a private concert in the gorgeous baronial hall as part of the Venice of Ireland festival a couple of years ago with another famous Irish singer, Luka Bloom providing the entertainment for the evening. With World War 2, which became known as ‘The Emergency’ in Ireland, due to our neutrality status, 45 Monasterevinians prepared to defend itself against any aggressor by raising its own Local Defence Force, preparing its famous bridges for demolition, and building a pillbox to defend the town. The engineering works on the Dublin Road of Samuel E. Holmes produced grenades for the army. 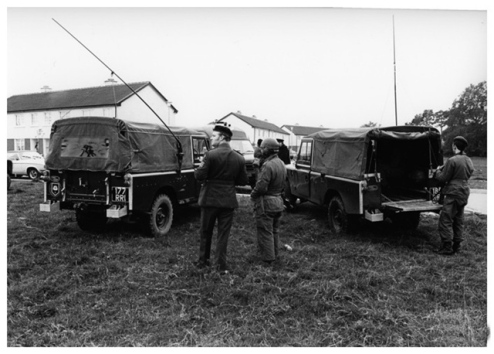 By 1975 Monasterevin came into the International News, when on the morning of the 21st of October Gardai surrounded a house in St. Evin’s Park. Of Inside were the kidnappers of Dr. Tiede Herrema the “Siege at Monasterevin” lasted seventeen days ending on the 7th of November with the surrender of the kidnappers and the freedom of Dr. Herrema. And so we reach the end of our journey through the history of the town that was bypassed by the M7 motorway in 2004 and became my family home in 2007. Volumes of books could be written going into details about all that has occurred here over the centuries. It was never my intention for this to be a definitive article on the history of Monasterevin. I wrote this piece in the hope that it gives a broad general view of the history that shaped the town and its people over the years. 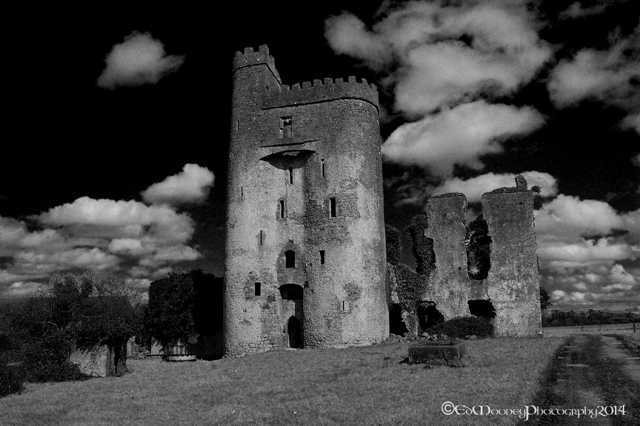