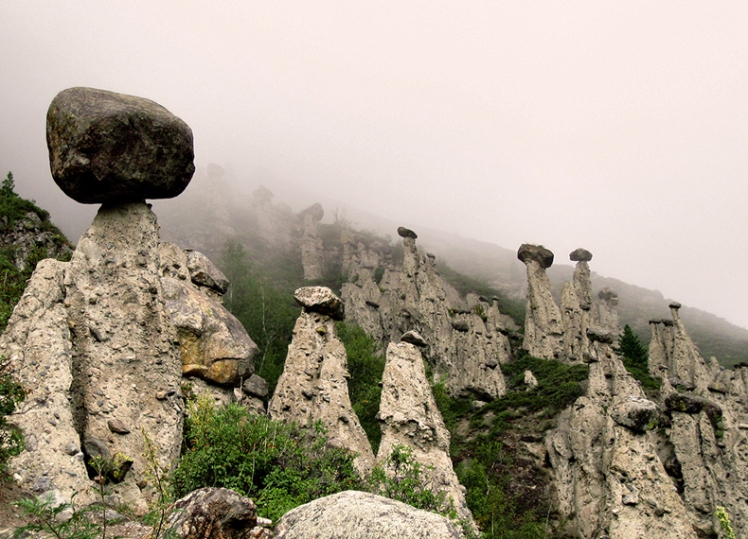 In the Altai Mountains in East-Central Asia, close to the spot where Russia, China, Mongolia and Kazakhstan meet and on the banks of the river Chulyshman, is a strange and wonderful place known as ”Akkurum” or “white rockslide.”  The reason why this place is so unusual is the strange, mushroom shaped rock formations, sprouting from the hillsides. These shapes have apparently been formed by water erosion and weathering of the rock layers, with their varied hardness, along with the soft rock around their bases, which erodes much more quickly. 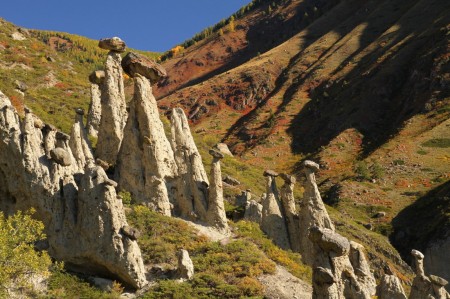 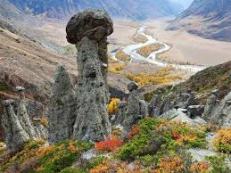 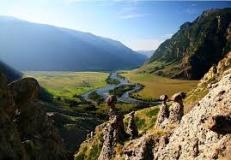 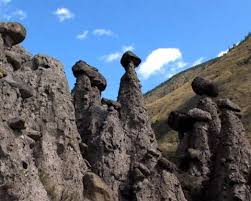 Guard over the Chulyshman valley

The odd shapes stand guard over the Chulyshman valley and attract many tourists and photographers each year. However, experts are warning that as the rock continues to erode, these fascinating shapes will gradually disappear.
Reportedly some of the “hat” shapes on the rock formations have already fallen during an earthquake, and as the erosion and weathering continues, more will follow. 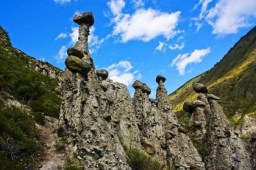 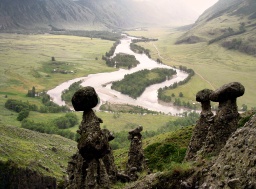 The experts say that within centuries, these wonders will be gone. For the moment, however, they are a photographer’s dream come true, set as they are within the stark surrounding mountains and the rivers running through them.