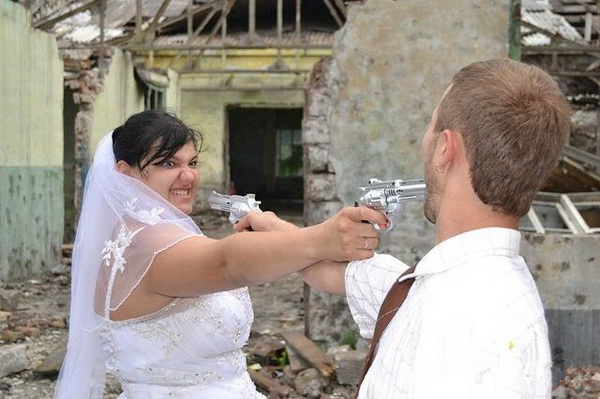 So I went to this wedding last night. We all got on this bus and headed out into the woods (oops Taiga). We rode down this very bumpy dirt road having no clue where we were going. Just the week before we read in the newspaper that there was some crazy guy killing women somewhere nearby. When suddenly in the middle of the forest we find this enclave of buildings. I think everyone on the bus was surprised. Anyway like any good Russian wedding everybody ends up drinking. This one was no different. So, when in Rome do as the Romans do, right? It’s a good thing they sit all the family together cause I don’t know a lick of Russian, well maybe a little. I will say after being to my own wedding here I had a small clue what would take place. What I didn’t expect was the M.C. to change her garb every 20 minutes or so, she even came out dressed as Snow White once. After that I wondered when the seven dwarfs would show up. They never did but after the liquor started flowing and things started getting interesting. Have you ever seen a drunk Russian dancing? You would think that after that much alcohol they would be all over the floor. Not. As far as I could tell it took that much for them to even loosen up. I was right. I’d like to say the bride and groom killed themselves as shown above, but that part wouldn’t be true. But the rest of it was. Greatest part was no hang over in the morning, vodka has some kind of brain stabilizer in it.  Gotta love Mother Russia.