Life in Bailiwick of Guernsey

The Islands’ unique geographical position sets the scene for a fascinating heritage. With evidence dating from Neolithic times, the island has been pivotal in battles between the UK and France as well as being an important port for international imports into the UK.

Guernsey’s recent history saw its unique position during WWII when it was occupied by German Forces for five years. Many families were separated during this time and there are many reminders around the island of this chapter of Guernsey history.

Every year on 9 May, the Island celebrates its freedom on Liberation Day. On this bank holiday, there is a programme of events based in the capital, Saint Peter Port, as well as individual parishes holding additional events.

Guernsey has a story to tell around every corner, down each alley and tucked away in its forts and castles, ruins and ancient tombs.  Much of the island’s history is told in our museums and there are information boards at many heritage sites throughout the island.  If you would prefer, have an accredited guide tell you of our history and culture………………. 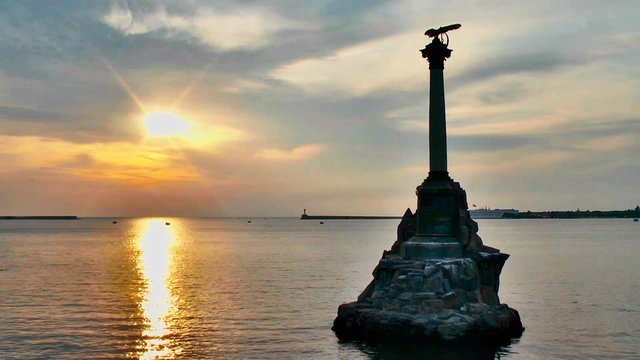 For those of you who have seen Sevastopol in the news over the last 24 hours, and have seen the protests, I’d like to let you know my perspective.
If I hadn’t had messages from people, social media, internet news, and chats with the people I worked with, I would have had no idea they were happening. There are people in one square in the centre, but my friend, who lives in another of the squares there, said he hasn’t seen any sign of the protests either. So while the photos may seem very dramatic, in most of Sevastopol daily life is continuing.
People are, however, worried about the new government not being any better than the old one, and about the potentially fascist/anti-semitic (mostly in the form of the extreme right-wing Svoboda party) elements of the opposition, who now have the chance for power………………