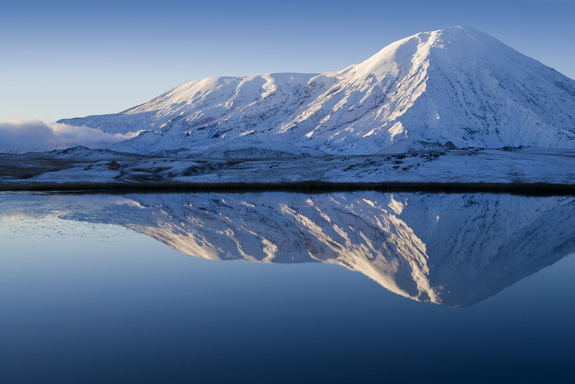 There are many lakes to visit in Russia but Labynkyr Lake can be set apart as it’s believed like Loch Ness it has a monster  of it’s own. Labynkyr Lake is in the  Sakha (Yakutia) Republic with the nearest town being Oymyakon at around 60 kilometers. It is a bit difficult to get to since it’s 5000 kilometers east of Moscow. But this hasn’t stopped TV shows like Australia’s “60 Minutes” or World’s Most Dangerous Roads shooting their documentary series here. Like Labynkyr Lake, Oymyakon is famous in it’s own right. It happens to be the coldest inhabited place on earth. Temperatures can drop to −50 °C (−58 °F) with the lowest ever recorded at −67.7 °C (−90 °F) which recorded at Oymyakon’s weather station. This is one place if you decide to visit bringing your Parka would be a good choice even in the summer. 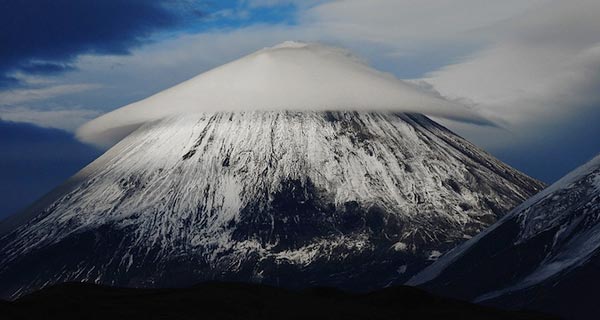 Klyuchevskaya Sopka is a typical stratovolcano. Its cone is of regular shape. Its height is about 4850 m above-sea level. The volcano is considered the highest and most active volcano in Asia and Europe.

Grey steam and gas puffs over its top are a usual thing to observe. In calm weather, they might go up into the sky and stretch flatly when they reach atmospheric streams. At times, sudden explosions can occur and illuminate the surrounding sky with magic red color. Inactive periods on Klyuchevskaya Sopka Volcano can last for one or two years, but real active phases take place only once in 5 to 6 years.

Kluchevskaya Sopka attracts many climbers and tourist., but it also  has garnered the most victims compared to the other volcanoes of Kamchatka. The major reason for fatalities appears to be people’s disregard of safety measures. In only one accident that has happened that it’s know to be mother nature’s fault. A young glaciologist, A. Ivanov, perished, when volcanic bomb landed on his tent at night in 1978. 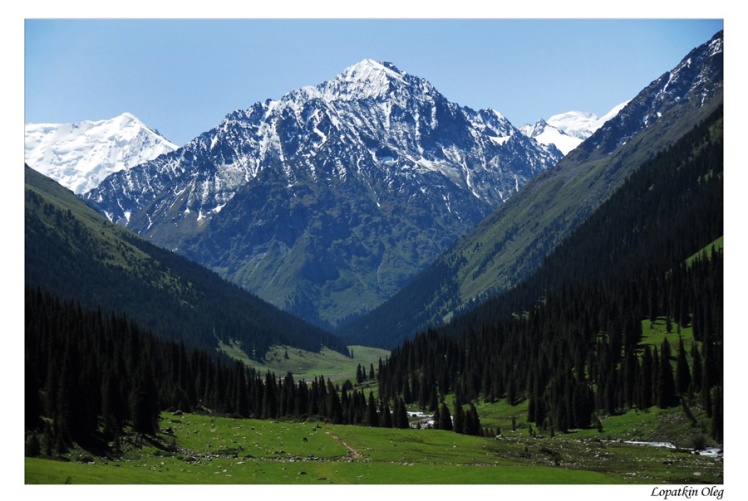 The Zailiskiy Alatau belong to the northern ridge of the Tiеn-Shan mountain range. The mountains were given the name (“Alatau соlourful”) by nomadic Kazakh tribes and called “Zaili” (“bеyond the Ili river”) bу the Russian scholar and explorer Semyonov-Tianshansky.

The region is sparsely populated. The real masters of this wild region are red wolves, bears, Siberian stags, wild Chalyn rams, and countless rodents. Observant tourists will definitely meet one of these animals. From the information I found this is a great place for fishing.

There are massive glaciers south of the peaks such as Korzhenevsky (11 km 10ng) and Bogatyr (9.5 km 10ng), which са n only be reached by helicopter or with а guide. Since this area is part of the Almaty nature reserve, а special permit is required to visit it.
The reserve protects the natural habitat of the snow leopard and many other animals including deer, eagles, arkhars (mountain sheep) and jeirans (gazelles). There is а small nature museum at Talgar with an impressive collection of stuffed birds and animals. 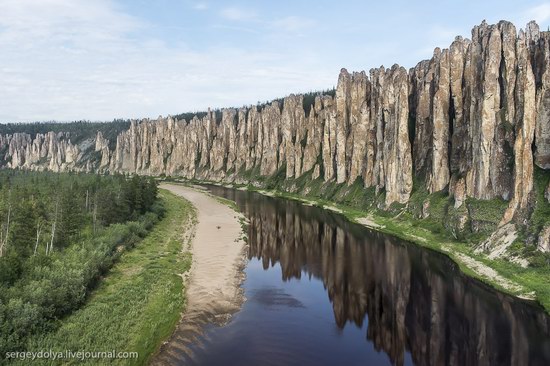 Lena Pillars are one of Russia’s most unique geological features in all of Russia. These vertically elongated complex of rocks stand to a height of approximately 100 meters which stand like a fortress along the banks of the Lena River.  The natural formation is within a nature park of the same name which is located in Yakutia, about 104 km from the town of Pokrovsky.

The total area of the park is 485 thousand hectares, the main goal is the development of ecological tourism. Lena Pillars are included in the UNESCO World Heritage List. 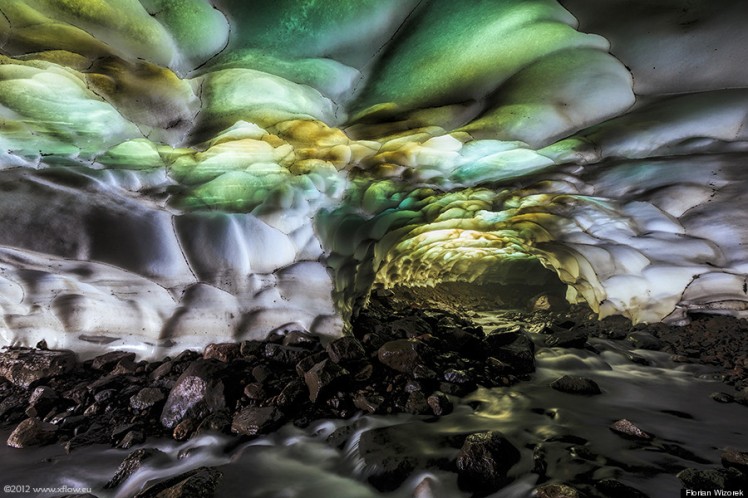 The half-mile long cave was formed by a stream that flows through glacial fields at the bottom of the volcano. Due to a light snowfall and an unusually hot summer created these massive caverns with a nearly transparent roof, reminiscent of a stained-glass cathedral. It could even be mistaken for  something out of a science fiction movie. Mutnovsky volcano is one of the most active volcanoes of southern Kamchatka. It lies 70 km. south of Petropavlovsk-Kamchatsky which is a harbor town on Avacha Bay. One would not only get to visit the ice cave, along with it several volcanoes. Travel to Petropavlovsk-Kamchatsky is expensive but is growing in popularity because of the remarkable scenery throughout the peninsula.

8 thoughts on “Amazing Places from around Russia – Part I”