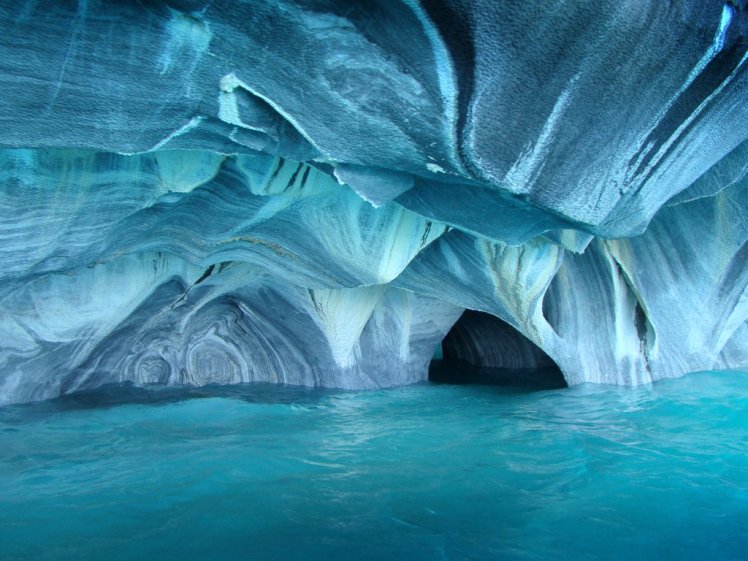 Marble Caves are the most famous attraction of Patagonia (Chile). This Caves attract a lot of tourists from the different corners of the globe. The labyrinths created in marble nature impress the senses.

Illuminated by a sunlight penetrating some places, carved marble arches are a truly unforgettable sight. The glare of the reflected light in the clear blue water, creating an incredible visual effects, so the cave always looks different. The level of water in the caves is constantly changing, which also makes it look every time a new way.

Tourists are attracted not only by the beauty of this paradise. Fishing enthusiasts can have a great time for his hobby, as the lake abounds with salmon and trout.

The Marble Caves Chile Chico – is the largest deposit of marble on the earth. Its reserves are estimated at 5,000 million tons. The lake itself GEN-Carrera is one of ten deepest lakes in the world – it reaches a depth of 590 meters and an area of ​​approximately 1,850 square kilometers. 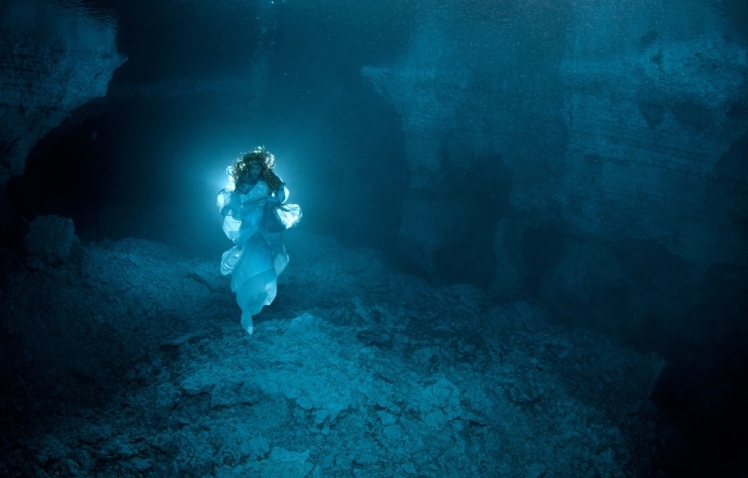 The Ordinskaya Cave (or “Orda Cave”), which lies beneath Russia’s Ural Mountains, is the world’s largest gypsum crystal cave and one of the world’s longest underwater caverns, with many areas still unexplored. According to legend, a spirit known as “The Lady of the Cave” watches over all those who enter its waters.