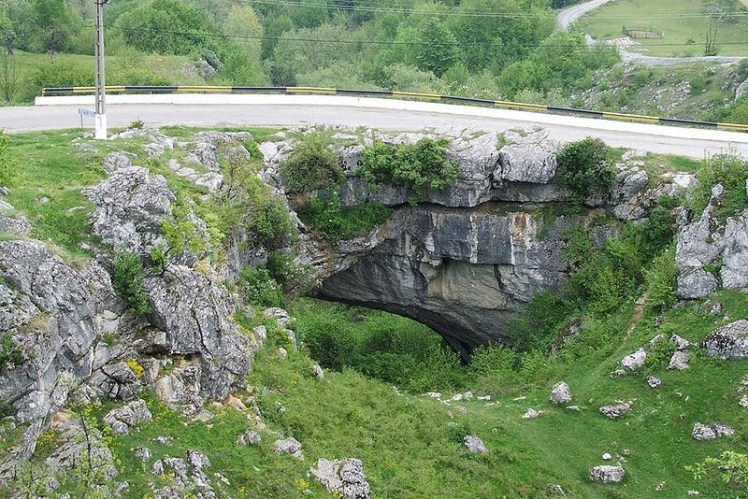 Ponoarele is a commune located in Mehedinţi County, Oltenia, Romania. Here is a natural monument named God’s Bridge, a natural bridge formed when the ceiling of a cave had collapsed. The bridge is actually a 4 m thick rock arch, with an opening of 25 m and a length of 50 m. The natural vault has an amazing resemblance with the ancient Roman bridges, and this 13 m wide arch supports a natural road 6 m wide (the road extension Ponoarele-Izverna), which is used by cars and heavy vehicles. Such natural bridges exist in the U.S. (88.4 m high, 10 m wide) and France (l’Ardech), but God’s Bridge is the only circulated. The bridge is between two karstic lakes, Zătonul Mare and Zătonul Mic. 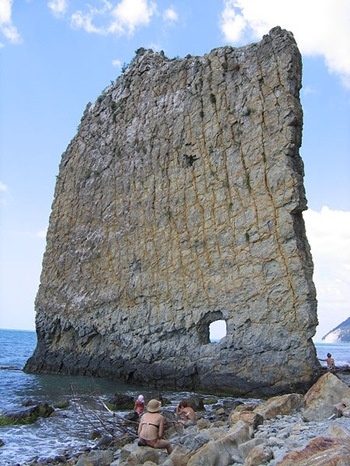 Sail Rock has a sheer vertical slope confronting the shore of the sea, isolated from the mass of basic rock by geological forces. It is more than three-fourths revealed by the tide and lies perpendicular to the coast. What is most remarkable about this landmark is its proportions. While the cliff is only a little more than one metre thick, its height is about 25 m and its length about 20. Thus, the form of the cliff is described as resembling the outline of a quadrangular sail.