Without every setting foot in Africa the wife and I got to encounter one of my dreams, in full color I got to see Cheetahs, wild dogs, not so African Elephants (the ears are a dead give away), zebras, and giraffes. As I stood and took these pictures I could imagine myself in the middle of the African  grasslands snapping shots of these magnificent creatures, the great thing about where I actually was that there was a barrier between myself and the cheetah. I wonder how I would have felt if that barrier wasn’t there. Being able to photograph this wonderful animal without fear of becoming it’s dinner has it’s advantages. But then there is the other side of all of this, it wasn’t Africa, it was Portland, Oregon. How different it must be to go on a Photo Safari, possibly standing in the back of a Jeep looking down on these same creatures in their own element. The air itself feels different, the dirt below your feet is a color unlike in Portland, the sounds would be very different, I heard Africa calling. When will I get my chance, when will I taste the pleasures of this Continent? From the voices of those who have been there once one 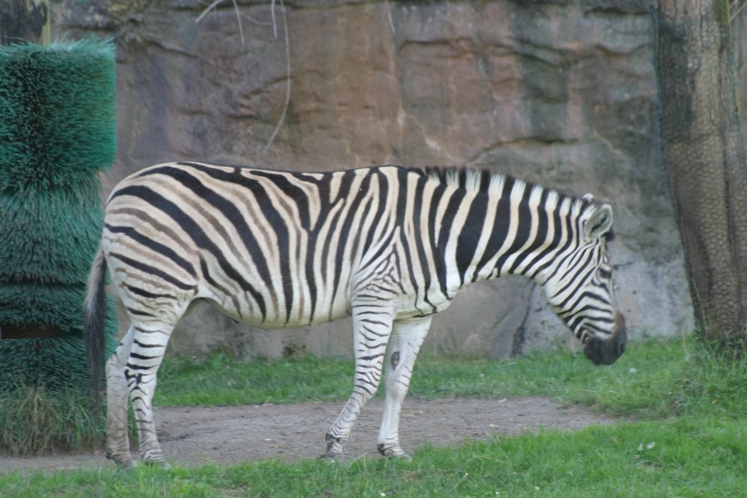 has been there it gets into your blood, your hooked. Oh how I want to be hooked! Give me a backpack, a camera, and a big gun and off I go.  It made me wonder if this bug was catching? If I posted it would others fall under this same dream, catch this same bug, desire to follow their hearts in pursuit of capturing a shot of an animal that in it’s own right should be

pounding it’s own turf. Portland isn’t Africa and Africa isn’t Portland. But had I not stood there gazing through my view finder I would never encountered this longing. Thank you Lord for small encounters.